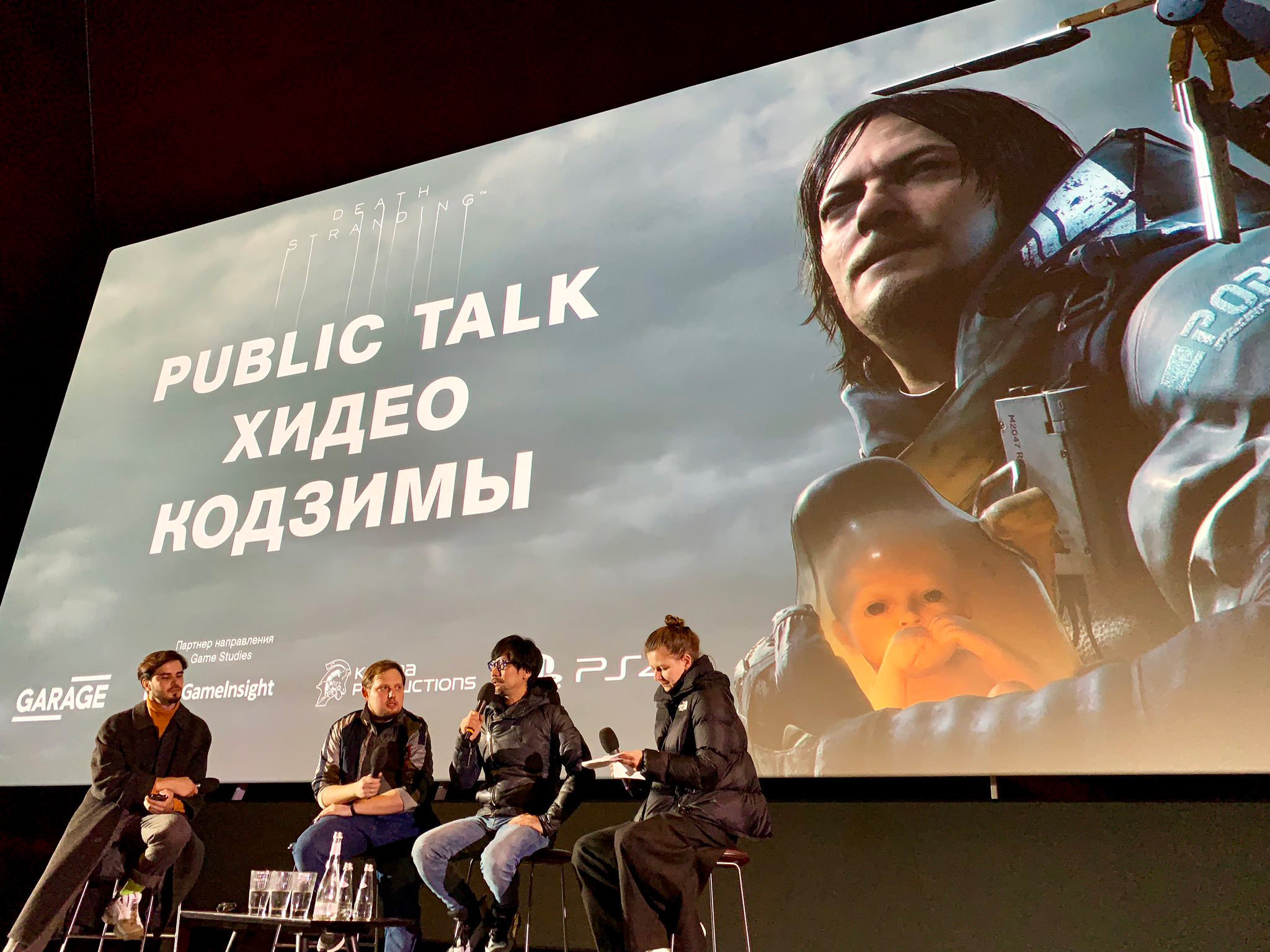 Earlier this week, Kojima was in Russia to promote Death Stranding, which will release next month, on November 8th. The famous game creator attended Comic Con and held several interviews and public talks, one at Moscow’s Garage Museum of Contemporary Art on October 4th.

One interesting detail about the game he revealed there is about a certain character Sam meets at the beginning of the story, living deep underground. The fate of this character depends on the player’s actions, as he needs Sam to deliver him medicine for an illness. After doing so once (as part of the main story), the player can then decide if he will keep coming back to bring the man his medicine or other items, and listen to his stories from the past. Kojima continued (translated by Reddit user Keqpup):

“But the player is constantly moving forward and moving away from the character. And I’m sure that there are gamers who forget about this old man. And then they will remember and return to it. Since they have not carried medicine to him all this time, he will die by this moment. Through such actions, a connection arises with the character.

We really hope that the significance of the connection between people – how it is formed, how it develops – will be revealed, and it will be interesting for you to play it.”

The following day Kojima was at Comic Con Russia and held a panel with Mads Mikkelsen, who plays the character Cliff in the game. Mads was also interviewed by Russian news agency TASS about his experiences working on the project.

The actor talked about working with Kojima, saying that for him as an actor it’s very important that he has a feeling where the vision is going, so that he can offer some of his own ideas, and that Kojima was ‘very inspiring’.

“Well, he’s very gentle and very open-minded to you. First of all, he has a gigantic story board with every single shot in the scenes. This is his graphic novel, the image of what he wants to do.”

Mads Mikkelsen was also asked about his character in the game, Cliff, but the actor didn’t want to give too much away, other than that as you play the characters will develop, ‘and you will find little bits and pieces that fit the puzzle’. He added that he definitely would not say that Cliff is the antagonist only (something he alluded to before).

Talking about the game itself, Mads had this to say: “It’s going to be many hours. I’ve spent two hours with it, and it blew me away. It was insane to watch where this is taking us. Not only was it mindblowing visually, but also the way it was played. It’s kind of out of the box, something we’ve never ever seen before. And I guess that’s what people expect from Hideo Kojima. He is the Godfather of creating new things.”

Kojima himself also spoke with TASS, and talked a bit about the personality of the game’s protagonist. “Characters in the game have their own personality and emotional background. For example, the protagonist Sam is a person who has difficulty interacting with other people. He has personal trauma and this trauma determines his pattern of behavior and relationships with others. Progressing along the main story, you can also participate in each character’s individual story. There are many more themes, and more connections the connection between life and death, love and friendship, parents and children.”

Death Stranding releases November 8 for PlayStation 4. Check out the latest promotional trailer for the game here.

Views: 699
Liked it? Take a second to support MGI on Patreon!