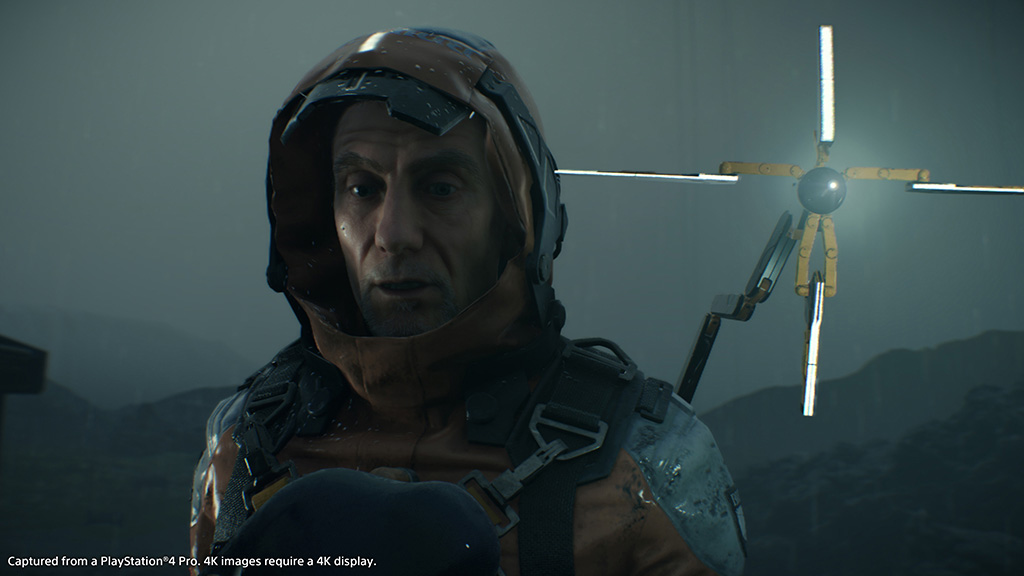 The ESRB (Entertainment Software Rating Board) has granted Death Stranding a Mature (17+) rating, and a clarification can be found on their website. Be warned, as the description may be considered a spoiler.

The rating summary is as follows:

“This is an action game in which players assume the role of a courier (Sam Porter) transporting packages across a post-apocalyptic environment. As players traverse mountainous terrain, they can be attacked by human settlers and ghostly apparitions. Players use machine guns, grenades, and shotguns to kill enemies; firefights are highlighted by realistic gunfire, large splashes of blood, and cries of pain. Cutscenes contain more intense instances of violence: a man and an infant shot—the latter, accidentally (blood splatter appears below the infant); a character shooting a comatose patient in the head; a man stabbing himself repeatedly in the distance. A handful of scenes depict a character with his buttocks exposed. The words “f**k” and “sh*t” appear in the dialogue.”

The ‘man stabbing himself in the distance’ probably refers to the scene we saw in the TGA 2017 trailer, while some of the other scenes described are from cutscenes we haven’t seen yet.

Death Stranding releases in exactly one month, on November 8th.