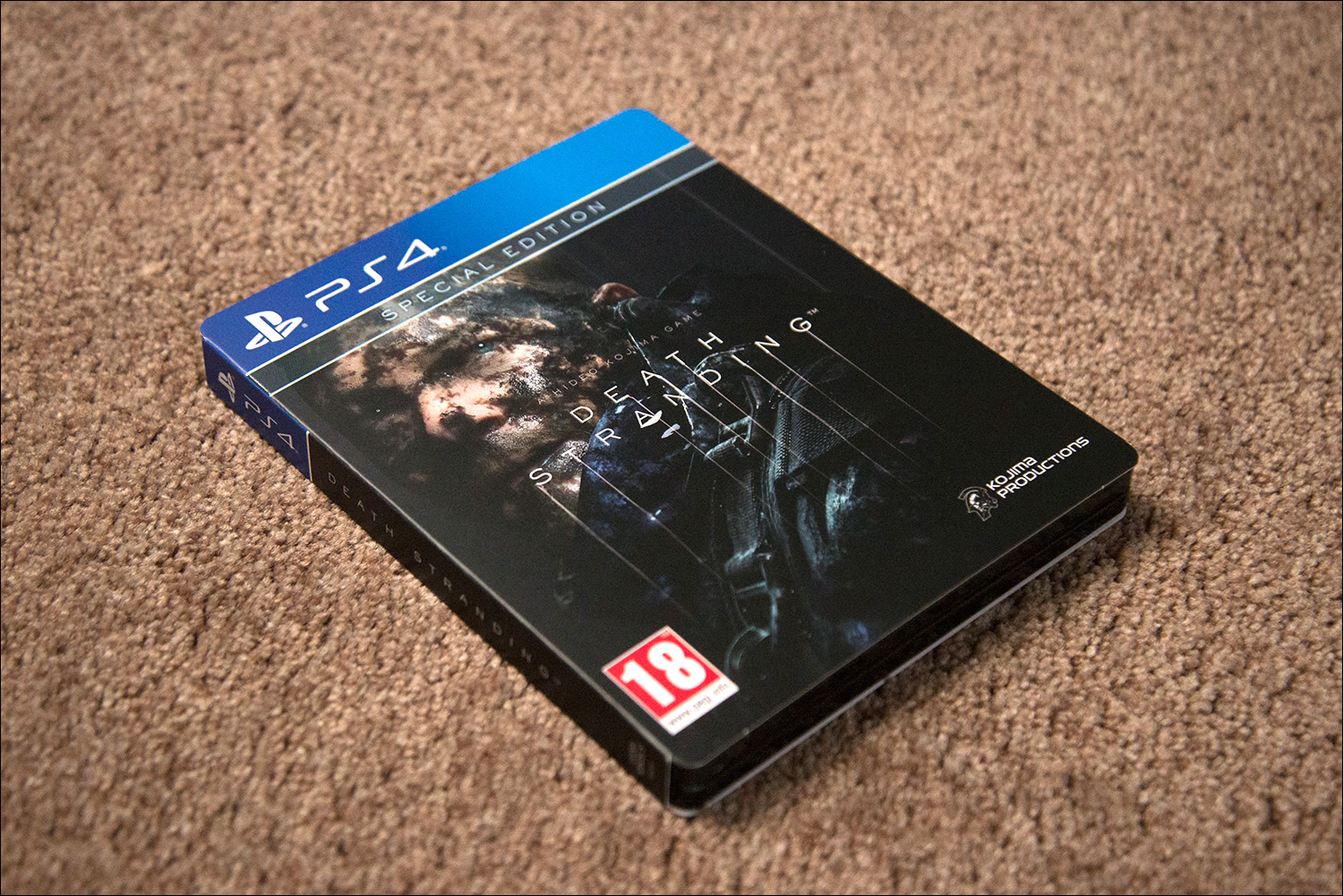 Death Stranding was released for PlayStation 4 on November 8, 2019. Several physical versions were available: aside from the regular version, there was a store exclusive Higgs sleeve variant, a colossal collector’s edition and a special edition steelbook, which is the one highlighted in this article.

This is a simple steelbook inside a paper sleeve. The front features a close-up of Sam covered in the tar like substance from the world of Death Stranding, as well as the title in embossed white letters.

The steelbook itself has the same design but without all the logos and age ratings, creating a minimalistic image. The low key, chiaroscuro portrait of Sam conveys a mysterious feeling.

On the back is the Kojima Productions logo with some strands.

Inside the case is, of course, the disc, as well as a booklet and a download code for the digital soundtrack of the game, titled Timefall: Original Music from the World of Death Stranding, as well as a code for the golden Ludens mask in-game bonus and a behind the scenes video.

On the inside of the case is an image showing one of the environments from the game: the beach with stranded whales.

All in all, nothing too spectacular, but still a nice looking special edition. While it’s a bit of a missed opportunity that the image on the outer sleeve is the same as the one on the steelbook, the embossed logo on the sleeve is a cool touch, and the inclusion of a behind the scenes video is a great idea.