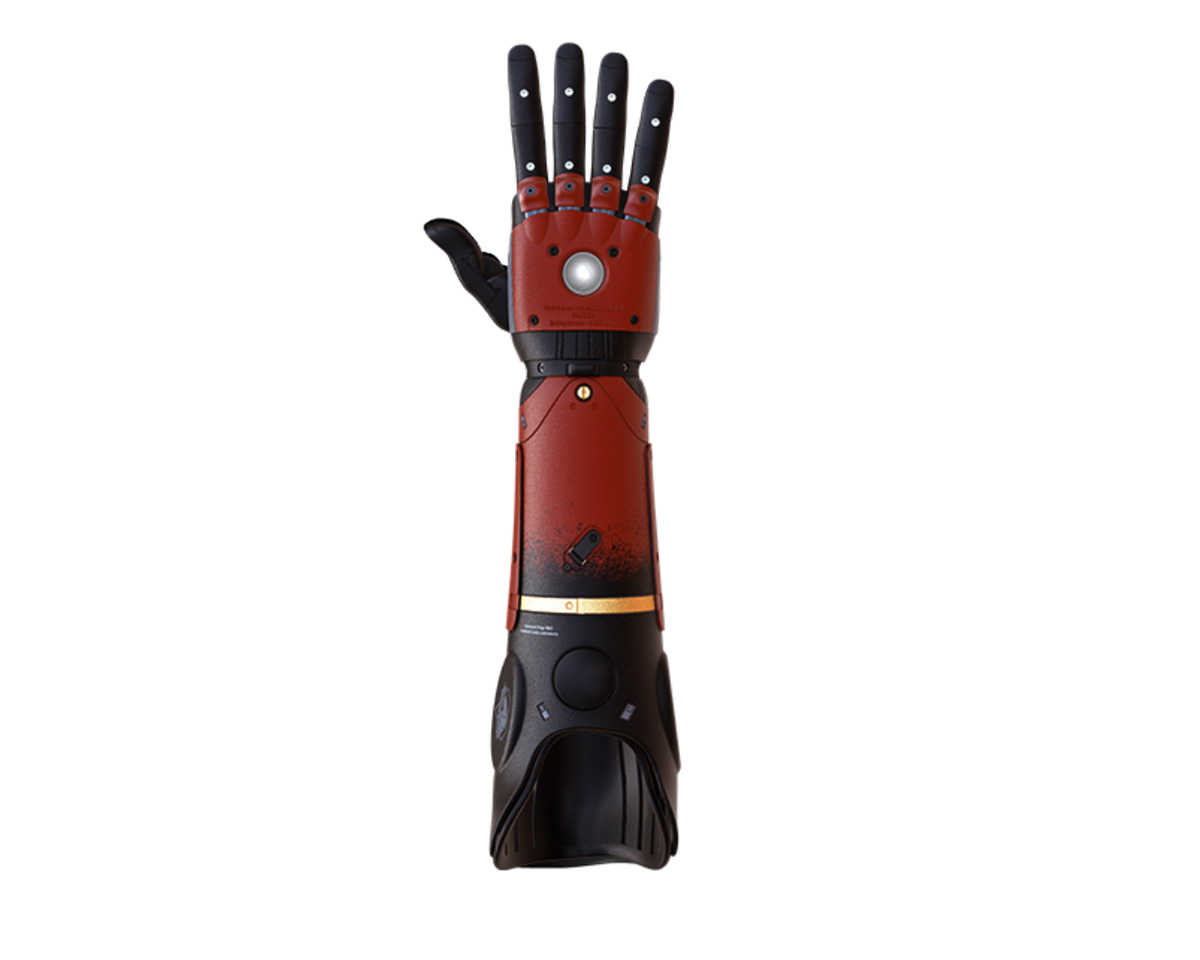 Bionics company Open Bionics has collaborated with Konami to create a bionic arm inspired by the one used by Venom Snake in Metal Gear Solid V: The Phantom Pain. It is a special design made to look just like the one in the game, that clips onto the company’s existing ‘Hero Arm’. On their official website, Open Bionics writes the following:

Takayuki Kubo, President of Konami Digital Entertainment, Inc., said: “We’re incredibly excited to collaborate with Open Bionics, who are at the cutting edge of robotics. We’re thrilled to see the iconic Metal Gear aesthetic of Venom Snake and his bionic arm burst out of the screen and come to life, in a dynamic fusion of technology and design that is changing the lives of upper limb amputees all over the world.”

The Venom Snake covers can be found in Open Bionics’ online shop, along with a more detailed description.

We’ve teamed up with gaming giant Konami to release official Metal Gear Solid “Venom Snake” bionic arm covers for the Hero Arm. Venom Snake is the protagonist of the Metal Gear Solid V: The Phantom Pain video game, which was released in 2015 to critical acclaim. The fictional mercenary leader lost his arm in an explosion and wears an iconic red and black bionic arm complete with detachable missile functionality and gadgets to stun enemies. Whilst the Hero Arm isn’t equipped with weapons, it is an impressive feat of engineering, and these new covers offer a super edgy aesthetic for Hero Arm users.

Unique
These covers are only available for Hero Arm users, engineered especially for you

Warranty
Open Bionics will replace covers that have manufacturing faults or defects up to 3 months from the date of delivery.

Shipping
Due to high demand, lead times for Metal Gear Solid covers may be longer than the usual 25 working days