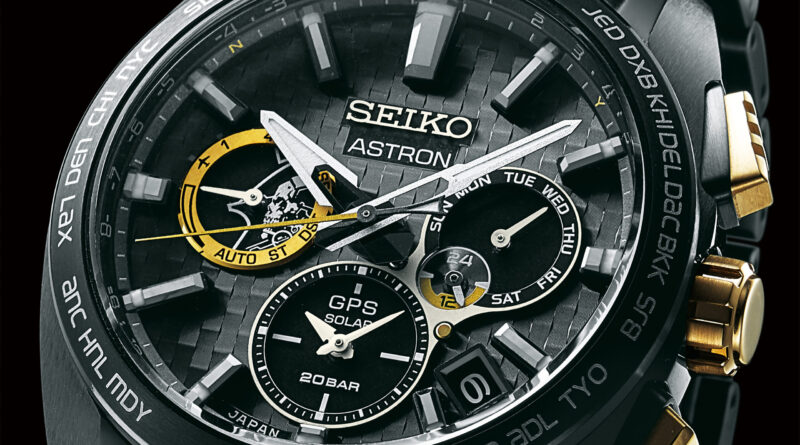 A limited edition Kojima Productions themed Seiko watch has been announced, and can now be pre-ordered from various stores. In celebration of the watch maker’s 140th anniversary and Kojima Productions 5th anniversary, this Seiko Astron watch is limited to just 1000 pieces, and comes in a special box with messages from Hideo Kojima and Yoji Shinkawa.

Astron GPS Solar and the celebrated Japanese game creator Hideo Kojima are natural partners. Just as Astron has pushed back the frontier of high technology watchmaking with a continuous series of ever more advanced calibers, so KOJIMA PRODUCTIONS has created in “DEATH STRANDING”,
a game which opens up a whole new genre of gaming experience.
It won the “PC Game of the Year” at the Golden Joystick Awards 2020,
one of the most prestigious awards in the industry.

You can find all the details at the official page, as well as more pictures of the item and its components.

Update: Kojima Productions published a video on the collaboration in which Kojima talks about his love for watches, and how time plays a role in video games in general and Death Stranding in particular.