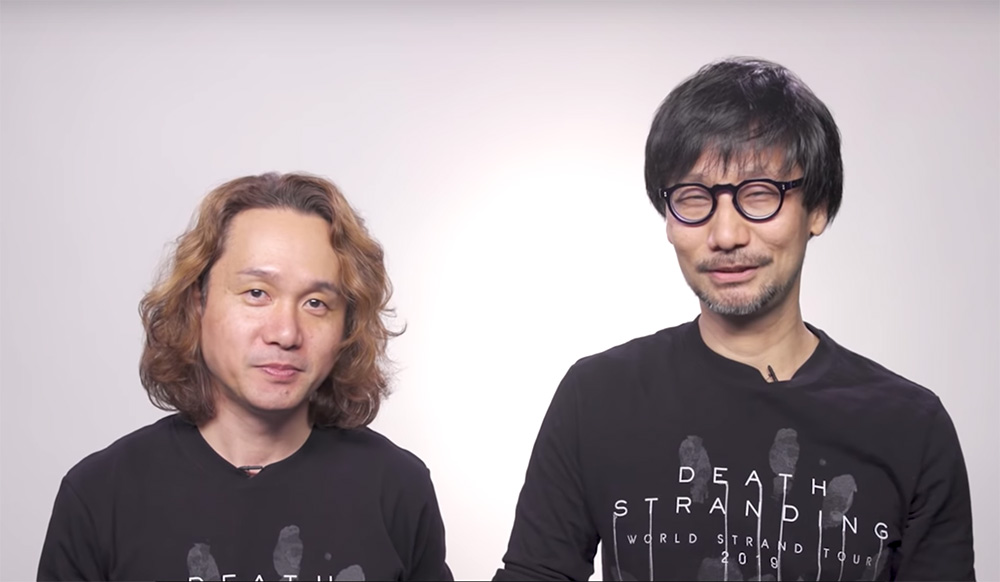 505 Games, the publisher of the PC version of Death Stranding, has been collecting community questions for both Hideo Kojima and Yoji Shinkawa in the past few weeks. A selection of those questions were then answered during a video interview, with translation by Aki Saito. Among the subjects discussed are Kojima’s and Shinkawa’s long-time collaboration, the ideas behind Death Stranding and their favorite characters.

On the point of the decades-long collaboration between the two, they believe it works because they both have sort of a different kind of thinking, but the passion is the same. In a later discussion on this subject, Shinkawa says that he feels Kojima tries to pull the best out of him, allowing the character they’re designing to grow in the process. Kojima added:

“What’s important is actually his scribbling, I must say. In the past, he had this A4 paper drawing, and it was all scribble, but of course he became – we’re all professionals now. So when I order something, he has this character A, character B image, and it’s all laid out correctly. However, if I go to his room, I sometimes still find this scribbling on another paper, and I get inspirations of it. And we kind of, sometimes, grow that inspiration, and that’s really fun, and we give feedback together. This is only possible because we’re together, and we can’t do this if I outsource to someone. So that’s the real importance that I feel that I want to keep in the studio.”

At one point Kojima mentions he could probably make a spin-off series based on Heartman, though it’s not clear if this is just a joke.

To watch the full interview you can check out the video above, or follow the link in the source section below.

Views: 546
Liked it? Take a second to support MGI on Patreon!