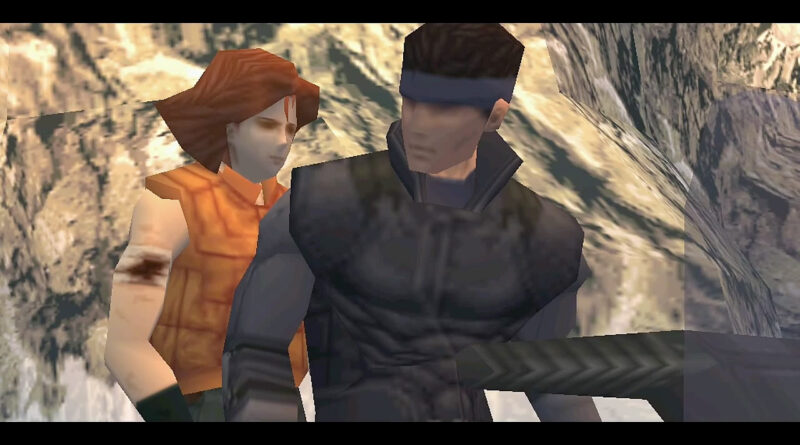 Hideo Kojima released the first episode of his new podcast Brain Structure for Spotify. The podcast is available in both Japanese and English, to give fans worldwide a chance to listen to his thoughts. In this first episode, Kojima talked a bit about how the Metal Gear series came to be and evolved over time, as well as the inspiration behind the character Solid Snake.

“Shooting games, or shooters, is still popular today, but battle happens when you and the enemy appears. The enemy dies when you shoot, or when you are shot by the enemy, you die. That was the basic rule of a game. My parents experienced the war, and what I didn’t like in the shooters or battle games, was that there was no background why A and B were fighting. You don’t know why you’re fighting, you just know that you’re strong. That doesn’t happen in the real world. There is always reason for fighting. When nation A and B are at war, there’s always a reason. That reason was not explained at all at that time, so I wanted to depict it.”

Kojima wanted to create a game where you run from the enemy instead of engaging in battle, but this concept is difficult to make heroic.

“If you’re just running away the players will have a hard time empathizing with the character, right? So when I was trying to figure out how to make that work, the player is in a sense running away, but you must first infiltrate in an enemy base without any weapons, collect any weaponry on the spot, and clear the mission before escaping. By changing the perspective a little bit, a heroic element is born. So that’s where stealth came from, and how Metal Gear came to life.”

Another reason for Metal Gear’s game design were the hardware limitations at the time. While today’s game machines are capable of creating images close to movies, this was of course not the case when Kojima started out in the game industry. For example, if the player and enemies would shoot too many bullets, due to the hardware limitations all the sprites would disappear from the screen.

“Back then, the game machine we worked on was called MSX, and it could not portray battles, so we had to make something that could feel like a combat game without shooting so many bullets. We proposed a rule that the character hides from the enemies that attack the character. […] So one reason was my wish, and the other was the limit of the hardware at that time. As a result, it was not intentional, but that’s how Metal Gear was born.”

Kojima had some difficulty convincing the others of the idea of a game where you hide from the enemies and don’t start out with any weapons. “Plus, it was the time when games did not require any story at all.” Other staff members were initially reluctant to the idea, but they came around during development. The same was true for games like Boktai and Death Stranding. It wasn’t until the staff saw Metal Gear in action for themselves that they got it.

“When the player is found by the enemy and an exclamation mark appears on the screen, that is the moment when stillness turns into motion. At that time, most of the games were either always still or always in motion, it didn’t really have any contrast. When I experienced that contrast, I was certain that this could work, and I could sense that my team has shifted their minds too.”

Next, Kojima talked about the success of Metal Gear, which he partly contributes to the game’s worldwide appeal on PlayStation.

“Metal Gear was only sold in Japan, and was made for the MSX. Metal Gear Solid was made for the PlayStation and like this podcast, it was distributed worldwide. The game was a huge hit, but I didn’t intend to sell it at that level. I was just making something I enjoyed. I was making a story and a world I liked with a tone that other games didn’t have. I think the key was that it was sold worldwide instead of just locally in Japan, and that was big.”

He continued by saying that he feels the game’s focus on story and characters were vital to its popularity.

“When I was talking to the fans of Metal Gear Solid I found out that stealth was not a popular genre initially. It was cumbersome, nerve-wracking and made people queasy. But it was the story in the game that resonated with the people.The characters in the game had a solid background. That is common for movies, but in games, there are enemies that simply appear, then die. As for Metal Gear Solid, I gave a proper background and character to even the boss enemy. I think that was part of the reason why it got high ratings.”

Kojima was also asked about the character of Solid Snake, and how he came to be. Kojima gave a detailed explanation of where the name of the character originates from.

“When you sneak into enemy territory, you need to be light. Snakes don’t make a sound, and foxes also don’t leave footprints on the grass like other animals. So foxes and snakes don’t leave any traces.”

This association, together with a reference to Snake Plissken (from the movies Escape from New York and Escape from L.A.), lead to Kojima choosing this name for the character. But just plain Snake would have been boring, so he added another word to the name.

“Snakes have an image of being wiggly, and to that I added Solid, which has the image of being hard. For me, it comes from Solid State Survivor, a song by YMO [Yellow Magic Orchestra]. Snake, having a soft and wiggly image, and Solid being the opposite. I wanted to put those two contradicting words together to create contrast, and that’s how Solid Snake was born.”

“I made the first two for the MSX, but the character was so small, it didn’t have a face, it was just pixels. It was multi-layer animation, no actions, just patterns. The camera doesn’t zoom in, so it doesn’t have things like cutscenes like it does today. At that point, it has zero character. The player was yourself. He had the name Snake, but I didn’t draw out much background. The PlayStation version of Metal Gear Solid allowed Snake to talk, cameras to move, and the use of cutscenes. That was how more characters could be added.”

Some Japanese players familiar with the earlier version of the character from the older games had difficulty accepting the ‘new’ Snake, Kojima said.

“The original Snake didn’t speak much. He just stood there smoking, like an old hard-boiled character. That was because it wasn’t a CD-ROM. They couldn’t talk, like a Chaplin film. But when CD-ROMs became a thing, we felt like the characters had to talk, so they speak a lot. And that’s how we gained reputation, but the original Snake fans in Japan, who were used to playing the MSX version, were like ‘Snake isn’t a womanizer’, or ‘Snake doesn’t talk that cheerfully’. Now people don’t say that kind of stuff, but there was quite a bit of backlash at that time. The character of Snake has changed little by little with the times and the evolution of the hardware.”

The podcast also features a segment by Geoff Keighley, who provides some general news updates from the gaming industry. New episodes will be released weekly.