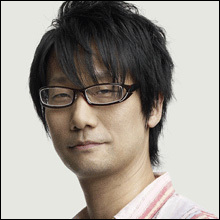 Hideo Kojima will be visiting Dubai starting January 17th to promote the release of Metal Gear Rising Revengeance and celebrate the series’ 25th anniversary. He will be touring some of the city’s biggest retailers, after which he will be holding a press conference at the Sunset Garden, Jumeirah Beach Hotel, followed by a dinner with important members Middle Eastern game industry.

[…] The press conference will be a perfect opportunity for the many gaming and mainstream journalists […] to meet Hideo Kojima, and have the most in-depth news about this upcoming blockbuster title, and what Kojima Productions and Konami holds for the future.

The following day Kojima will be at retailer Geekay Games, where fans can meet and get a poster signed by the famous game designer. For the full description, go here.

Whether any new information on Kojima’s other projects will be shared during the tour remains to be seen, but the quote above seems to suggest so.

Views: 157
Liked it? Take a second to support MGI on Patreon!