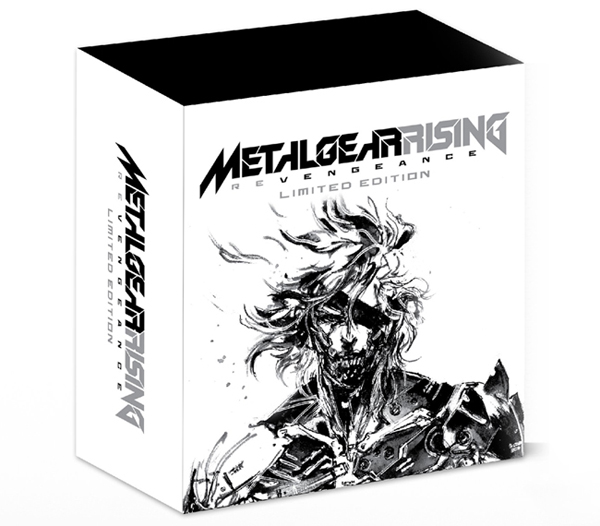 Konami provided an overview of the different special editions in the UK, the stores that sell them and the DLC that comes with each one (every copy will have the Gray Fox costume). In the UK this version can only be purchased at Zavvi. Aside from the White Raiden figure, you’ll also receive a DLC code to download White Raiden in the game. This will allow you to carry more recovery items. A silver metallic steelbook with an art on it of Raiden, by renowned Metal Gear artist Yoji Shinkawa. It will come with a DLC code for the Inferno Armour, allowing you to carry more explosives. To get this version, pre-order at GAME. This store is also organizing a midnight launch event, where the 200 people first in line will be able to take a picture with Hideo Kojima and Yoji Shinkawa. This version will be available at all independent retailers. It will have a render of Raiden on the front. The DLC included in this version is the Commando Armour, which gives you more missiles.

Information on the remaining skins will follow in the near future.

Views: 578
Liked it? Take a second to support MGI on Patreon!