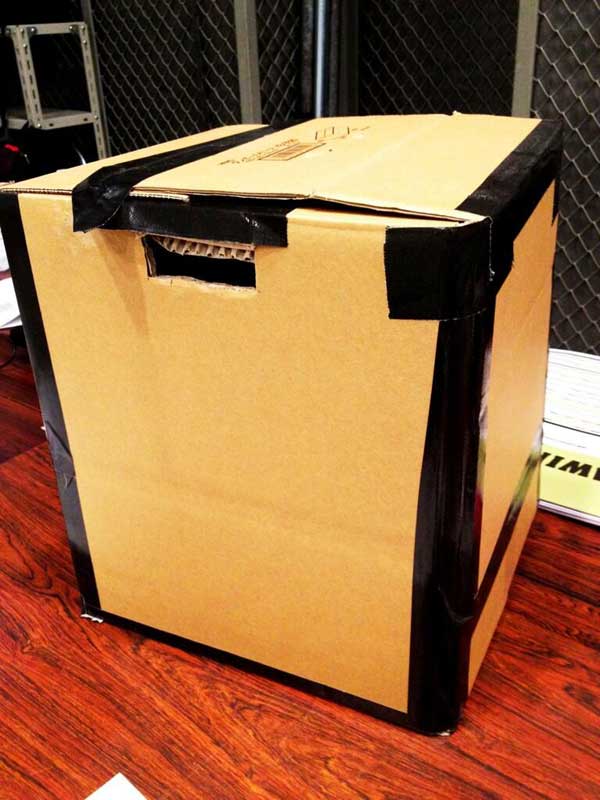 Next week, during the GDC, Hideo Kojima is presenting the Fox Engine and Metal Gear Solid Ground Zeroes in a long presentation. Today, he was in the mocap studio, and he brought a ‘secret weapon’ with him for GDC. It sits in a box which can be seen on the picture below. Kojima also posted a photo of the mocap studio itself. According to Kojima, they were building a huge set. Views: 462
Liked it? Take a second to support MGI on Patreon!