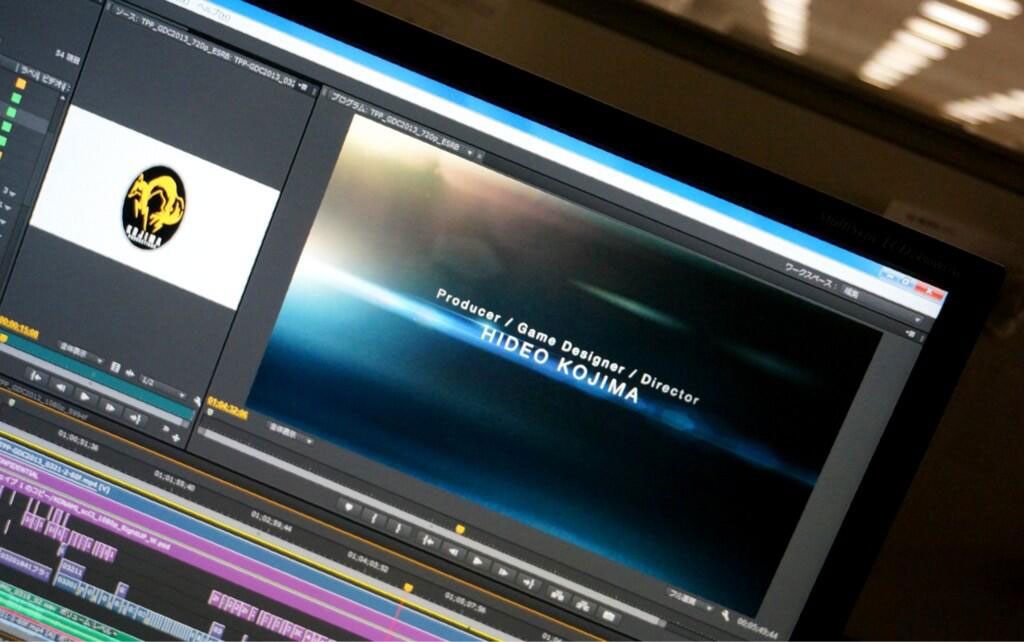 Hideo Kojima has posted a photo on his Twitter of the trailer he is unveiling at GDC, in which he pointed out the lens flare (in another Tweet he noted lens flares would be a part of the credits in the GDC trailer).

The picture can be seen below (click to enlarge). What is especially notable here is the name of the trailer: TPP_GDC2013_720p_ESRB. The first part, ‘TPP’, sounds all too much like a abbreviation for The Phantom Pain. The others stand for Game Developers Conference 2013, 720p resolution, and ESRB is the rating system for software entertainment in the US.

We can also see that the trailer is several minutes long, it looks like it’s about 5:43:44, but it’s hard to say for sure due to the quality of the picture.

Thirdly, this project seems to have a lot of different layers, so it may feature dialogue as well, though this is just pure speculation.

And here’s another picture of the sound check for the GDC trailer. Views: 381
Liked it? Take a second to support MGI on Patreon!