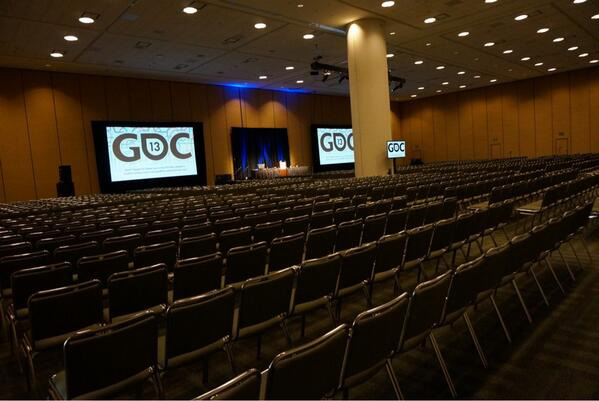 Hideo Kojima has arrived in San Francisco, where the Game Developers Conference 2013 is in progress. Tomorrow Kojima, together with a few other Kojima Productions staff members, will be holding a 90 minute presentation on the Fox Engine and Metal Gear Solid Ground Zeroes. Today he was at the venue where the presentation will be held, for some rehearsals. Views: 241
Liked it? Take a second to support MGI on Patreon!