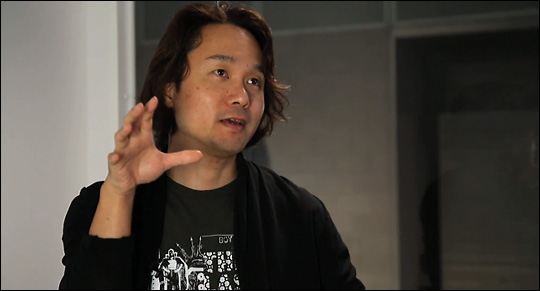 Yoji Shinkawa, art director and one of the biggest influences on the series, talked a bit about his favorite characters in the series. During an interview with Christine Ko from Konami, he looked back at Metal Gear Solid V’s E3 showing and the series in general. There are a bunch of new characters shown in the E3 trailer, but Shinkawa’s favorites are the the power suit wearing enemies you only see very briefly emerging from the sandstorm. As to who is his favorite Snake, he went with Solid Snake from the original Metal Gear Solid, since this was the first character he designed at Konami.

His favorite overall character in the Metal Gear series is the Cyborg Ninja (Gray Fox).