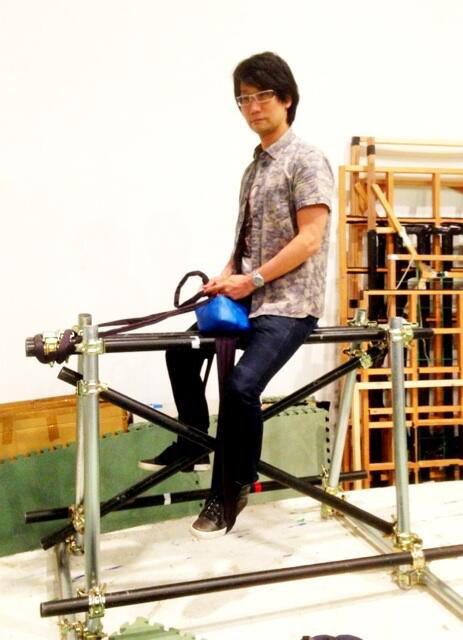 Today, Kojima is in the motion capture studio, where battle scenes are being recorded for Metal Gear Solid V: The Phantom Pain. Kojima took a few pictures. The bits of text below each photo are his commentary.

First, there’s a photo of a helmet meant for protection during the recording of a battle scene. I’m in mo-cap shooting studio. This is for real battle.

Kojima also took a photo of someone wearing a protective pad, and seemingly holding some kind of weapon. The last photo shows Kojima on a motion capture ‘horse’. The photo is accompagnied by a quote from the game by Ocelot. Afghanistan is a big place. We are behind the schedule ….

Views: 647
Liked it? Take a second to support MGI on Patreon!