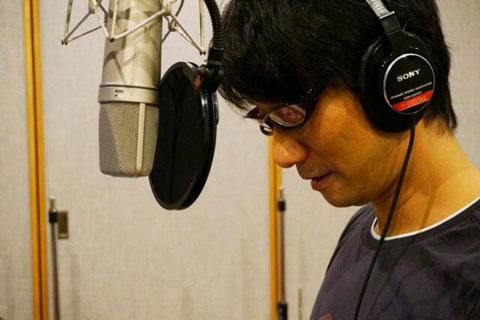 Kojima shared a bit of information on his Twitter regarding the Tokyo Game Show presentation of Metal Gear Solid V. In addition, some photos of another voice recording session appeared, with Kojima himself being the one behind the microphone.

I thought this TGS would be much easier but it seems not….

I was working on TGS stage show script while listening to Harry-san's "TOTAL RECALL" last night. “Additional VO session, hard to pronounce since its not JPN.” “Well well well, I am proud of our recording studio. Better than one in Hollyw….”

Views: 841
Liked it? Take a second to support MGI on Patreon!