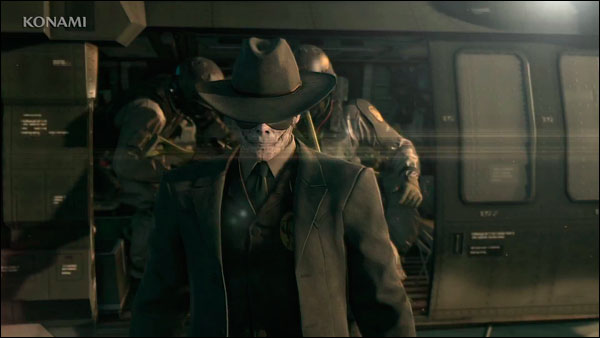 During this year’s Tokyo Gaming Show, starting in a few hours, two different gameplay demonstrations for Metal Gear Solid V will be given. But that’s not all: The English version of last year’s reveal trailer will be published on Konami’s official website as well.

“We’ll make variation on 2 gameplay presentations on Thu and Sat.”

Kojima is referring to the trailer shown at PAX last year (the first trailer). The ‘famous line’ is when Snake says ‘Kept you waiting, huh?’ after he scaled the cliff, a line that has been a staple of Metal Gear.

We will also be hearing the English voice of Skullface for the first time. Views: 451
Liked it? Take a second to support MGI on Patreon!