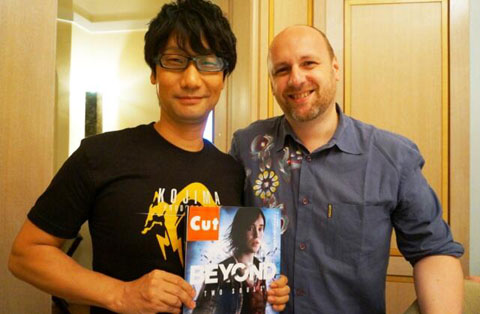 The Tokyo Game Show 2013 has begun, and Kojima Productions is there to give multiple demos of their upcoming game Metal Gear Solid V. Here are some photos of the first day at the show floor. Hair and make up for Mr Kojima. The Sony booth at TGS. The people presenting the demo. Donna Burke, singer of ‘Sins of the Father’. Kojima and David Cage, creator of games like Heavy Rain and Beyond: Two Souls. The Square Enix store, where visitors are able to buy the Custom Body Blue Raiden from Metal Gear Rising.

Metal Gear Solid V: The Phantom Pain will be demoed again this Saturday at the PlayStation booth, and this will be a different demo.