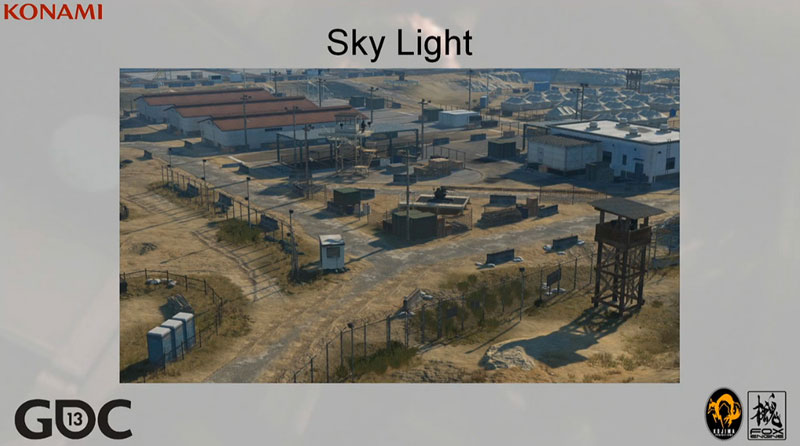 Kojima announced that the gameplay demonstration that is planned for Saturday September 21st will feature a sidequest (called subOPS) that takes place in Camp Omega. This time though you don’t infiltrate during the night but in the late afternoon.

“On Sat, I’ll do presentation of subOPS where u infiltrate the base camp in the late afternoon setting besides Mission GZ.”

Infiltrating on a different time of day means the circumstances change with it: guards can spot you more easily, and there will be more guards in general. Camp Omega during the night Camp Omega during the afternoon

The weather conditions will probably be different as well, it was rainy in the demo taking place in the evening, so we may see some sunshine in this demo.