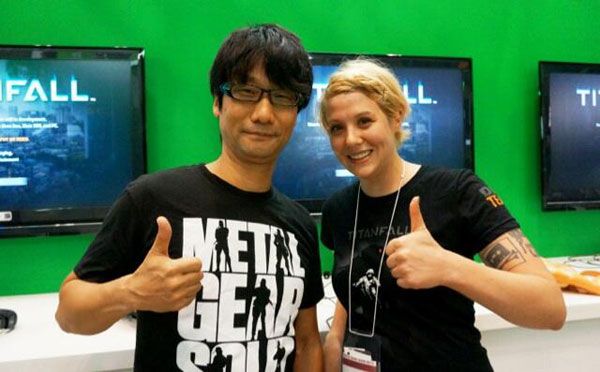 Here are some photos of Hideo Kojima’s second day at the Tokyo Game Show. First, there were a lot of interviews by international press. After the interviews, Kojima checked out the upcoming next generation game Titanfall, by Respawn Entertainment. Tomorrow is public day of TGS. I will do stage show at SCE and MS booth.