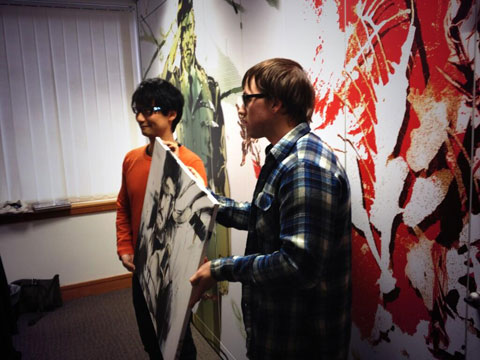 Hideo Kojima is still in the UK, and he paid a visit to Konami Digital Entertainment Europe’s office in Windsor. “Yoji’s artwork displayed in the lobby of KDEE UK office.”

Some people may remember Shinkawa painted this artwork at the beginning of this year during the Metal Gear Rising tour. Looks like it got a nice spot. “I’m at KDEE for the meeting today.” Kojima also left his signature on the wall. “We invited John @Viagraphics to the office and present his painting to Kojima. It was a surprise :)” (Su)