In addition to the costly Metal Gear REX and Metal Gear RAY statues by 3A, Konami is also releasing smaller figures of the famous mechs made by a company called Kotobukiya. These figures have a 1/100 scale and are a lot cheaper. On the photo below you can see Yoji Shinkawa working on the box art of the Metal Gear RAY figure (standing next to his tablet). Kojima also took a photo of the box the Metal Gear REX comes in, which features a nice artwork by Shinkawa as well. 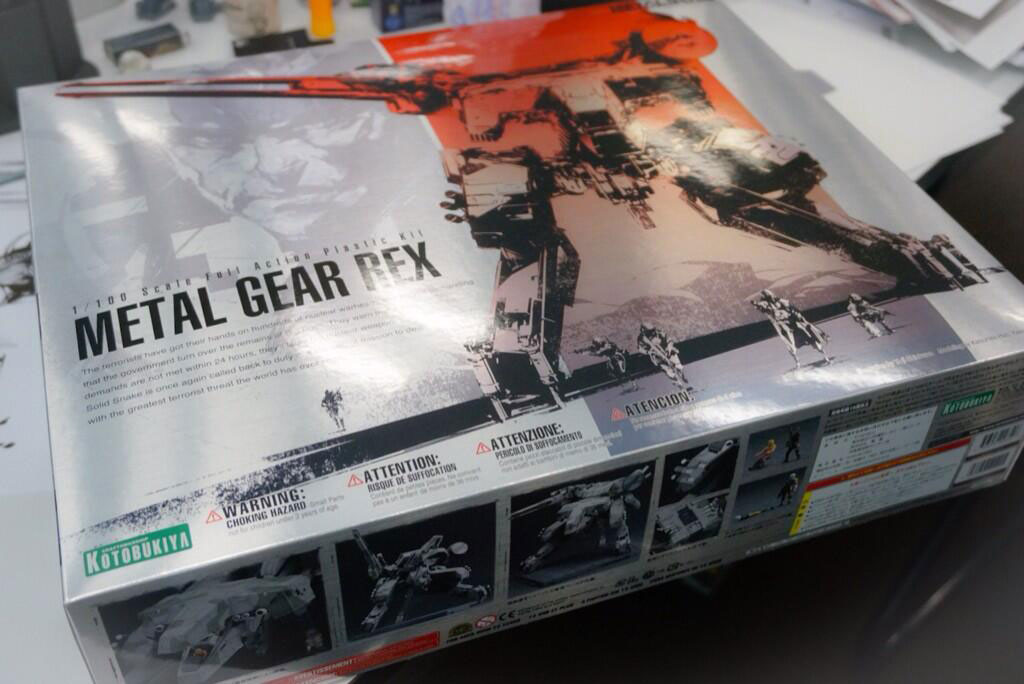 The figure measures 21 centimeters (a little over 8″), and will cost ¥ 8,400. For some more information and photos, go here.