Currently, Kojima is in the middle of a trip to Europe to promote Metal Gear Solid V: Ground Zeroes, releasing next week. Here is what he’s been up to until now.

First, Hideo Kojima, along some other people of Kojima Productions such as senior producer Ken-ichiro Imaizumi and Kojima’s personal assistant Ayako, flew to London on March 10. The next day, Kojima attended several meetings and an interview with Bild.de. “Had mtg at KDEE HQ in Windsor. Pic with Mr.Hirano & Eric.” Also, he met up with Nicolas Winding Refn, director of the movie Drive, one of Kojima’s recent favorites. “Nicolas Winding Refn came to see me all the way from Denmark to London. Overwhelmed! We talked over creation. FIST!”

March 12 started with a breakfast meeting, a walk through London, and another meeting during lunch. 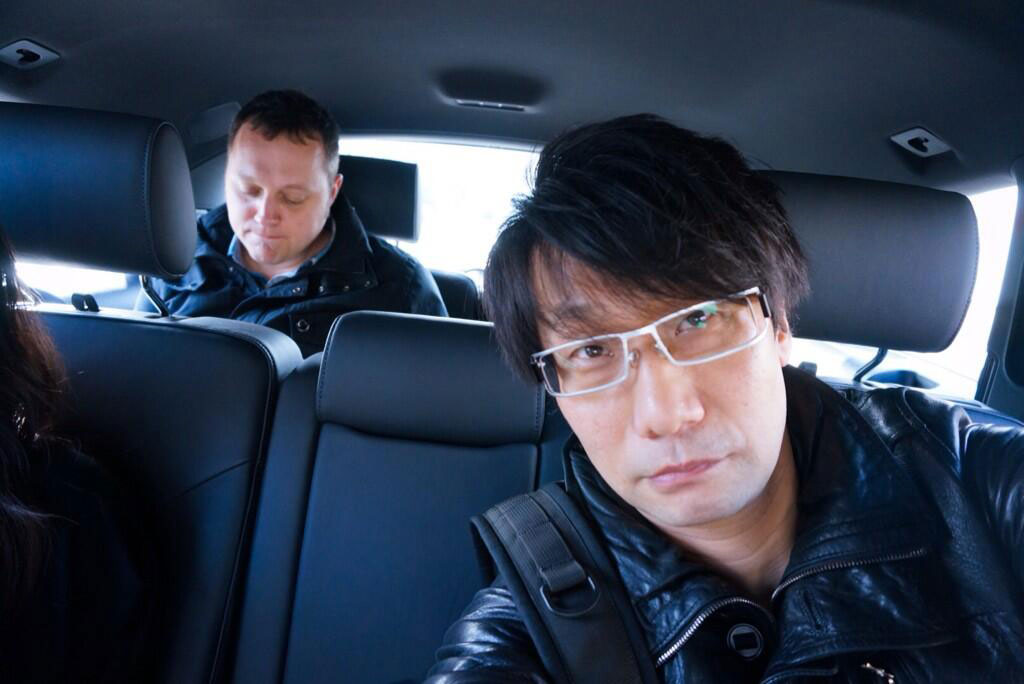 In the afternoon Kojima dropped by the BAFTA Inside Games event at Tobacco Docks, where he took some pictures with fans. He drove off again around 4PM. A few hours later Kojima walked the red carpet to the awards ceremony, answering some questions by different media outlets. (For a more extensive report of the Inside Games Event, check out this article describing this website’s impressions.)

During the BAFTA Award Ceremony, Kojima presented the Fellowship Award to RockStar Games. “Trophy of BAFTA was very heavy when I brought to the stage. Very surprised. “ The next day, March 13, Kojima was interviewed by website IGN. Followed by an interview by Geoff Keighley. This was a live streamed interview during which people could send in their questions. After that, the team went out for dinner together with people from Konami Europe. Kojima received several gifts from Konami, including the walkman that appears in Ground Zeroes and a cassette tape of David Bowie’s Diamond Dogs. This concluded Kojima’s visit to London. His next destination is Paris, where he will attend a signing session and a movie screening.