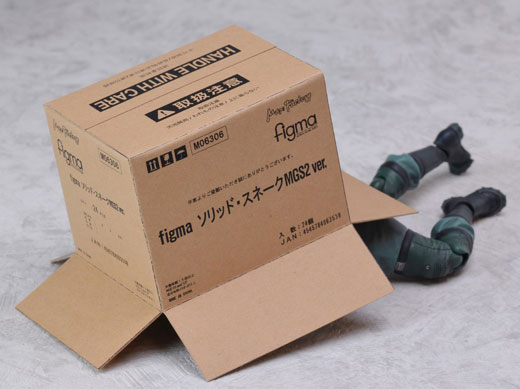 Announced at Wonder Festival 2014, the Figma Metal Gear Solid 2 Solid Snake is created under supervision of Yoji Shinkawa. Included with the figure are several hands, heads and accessories. Much like the Revoltech Big Boss that released earlier this year, the figure’s eyes can move by turning its head (with the exception of the ‘clenched teeth’ head, which doesn’t have this feature). Accessories include (among others) the cigarette and a cardboard box, which is made of actual paper. The muzzle flash on the rifle can be detached as well.

The SOCOM and second cardboard box are exclusive for people who order through Good Smile’s website.

The figure will be available in May of 2015. Pre-orders on Good Smile’s site start tomorrow, on October 31st.