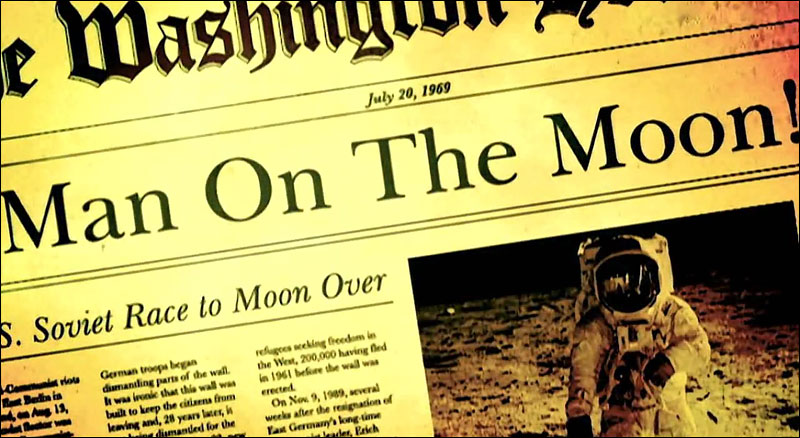 Today, it’s exactly 10 years ago Metal Gear Solid 3: Snake Eater came out in the United States. The game is considered one of the best games ever made, and for good reason. Here are 10 things in the game that made it stand out and live on in gaming history. You know a game is going to be good when the intro is as epic as this. An aircraft cuts through the night sky of Pakistan, approaching Soviet airspace. On board it carries Naked Snake, who is about to perform ‘the world’s first HALO jump’. He smokes his cigar as he prepares himself mentally for the task. “Opening rear hatch.” The hatch opens, and we see the sun has begun to rise. Snake, now wearing a mask, walks towards the exit. He jumps – not just any jump but with some bad ass somersaults thrown in there, and after a brief free fall he opens his parachute. At this point, players can switch to first person to admire the view. The music builds up and enhances the intensity. While Snake defends the game cuts to a briefing in which Zero explains the situation. After that, we return to Snake as he lands in the middle of he forest. He slowly rises to his feet, and removes his mask. “Commencing Virtuous Mission now.” Hell yeah!

Betrayal on the Bridge Symbolically, a bridge may stand for a transition, but it can also signal a threat on someone’s path. After Snake has rescued the defected Soviet scientist Sokolov, the two are crossing a long suspension bridge covering a deep cliff. But halfway there, a person blocks his way. It’s The Boss, Snake’s former mentor. “I’m defecting to the Soviet Union.” she says. And she is bringing her loyal comrades, the Cobra Unit, with her. She orders Snake to go home, breaks his arm and throws him off the bridge. Virtuous Mission has ended in a failure, and the real story is about to begin.

Still in a Dream – The Snake Eater Title Sequence Metal Gear Solid 3 is made to feel like a James Bond movie, and the title sequence (made by well known title sequence designer Kyle Cooper) certainly helps set the mood. Against a backdrop of a collage of newspaper headlines reporting the tumultuous events that defined the Cold War times, slithering snake skeletons, clips foreshadowing the evens of the game, and mirrored images of crawling smoke, the song that plays is one that would be remembered fondly by gamers. “What a thrill…”

Survival of the Fittest MGS3 takes place in the sixties, before the age of modern technologies present in earlier Metal Gear games, and is set in a rough, natural environment of crocodile filled swamps, forests full of traps and arid mountaintops. Because of these factors, Snake has to rely on his survival skills a lot. This means he has to select the right type of camouflage and face paint for the situation, organize his backpack, and even hunt for his own food. He can use the wildlife to his advantage by capturing snakes and throwing them at guards, or simply eat them to regain health (and he also has an opinion on the taste of each meal he consumes). In addition, Snake has to tend to his wounds if he is to stand a chance to survive. Gunshot wounds, burns, cuts, even wounds inflicted by leeches, all have to be taken care of to ensure he is at his full potential.

An Eye for an Eye One of the most recognizable features of Big Boss is his eyepatch, and MGS3 shows us what exactly happened that made him lose his right eye. After Snake has been captured by the sadistic Volgin, he commands The Boss to cut out Snake’s eyes. “I don’t like those blue eyes of his.” he declares. However, EVA steps in, after which Ocelot becomes suspicious and decides to test her out in one of his twisted games, which of course involves revolvers and a variation on Russian roulette. Snake tries to save EVA by bumping into the trigger-happy guy, but this causes Ocelot to accidentally shoot through his eye. Snake’s eyeball is destroyed. From that moment on, using the first person perspective only provides limited sight. Snake eventually starts wearing an eyepatch, bringing his appearance one step closer to the iconic Big Boss. This is one of the most remarkable boss battles in the game. Snake wades through and endless, ghostly river, while the spirits of soldiers and animals he killed during his mission come back to hunt him. He tries to defeat The Sorrow, but as this is a ghost nothing can harm him, and he always ends up killing Snake in the end. But ultimately, that’s exactly the trick: Snake is not in the real world, he’s caught between the world of spirits and the world of the living, and only by dying and taking a revival pill he brought with him, he is able to escape this eerie place.

A Boss Battle with ‘End’less Possibilities One of the enemies Snake runs into during the course of the game is the legendary sniper The End. The guy is well over a hundred years old, but he can be a serious threat. You’ll have to take him out at some point, however, there are several ways to do it. One of them is to kill the poor bastard long before the actual battle is meant to take place, while the man is completely unsuspecting. Another way is to abuse the fact that your opponent isn’t the youngest anymore. If you shut off the game for a week, he will have died of old age once you load your save file again (of course, you can also fast forward the clock of your console). Of course, you can also choose to engage in a one on one sniper battle, but be warned: he is a though opponent. If sniping doesn’t work, you can exploiting his weak points during the fight: you can use your thermal goggles to sneak up on him and attack him from close range. This is the moment the game has been building up to. Snake has defeated Volgin, ended the Shagohod threat, and he has overcome The Pain, The Fear, The Sorrow, The End and The Fury. Only one objective remains, and there’s no way around it now. He has to kill his former mentor, The Boss. Snake and The Boss are standing in a field of white flowers, flowing in the wind. The Boss orders some WIGs to arrive in ten minutes and ‘bomb the hell out of this place’. “Let’s make these the greatest ten minutes of our lives, Jack.” As the battle reaches its conclusion, the Snake Eater title song we heard at the beginning begins to play. In Metal Gear, there are protagonists, there are antagonists, and then there’s Ocelot. With him, you’re always asking yourself who he’s really working for, and whether he’s your ally or your enemy. But what is clear is that Ocelot finds in Snake someone he admires, someone he looks up to. He fights Snake several times during the course of the game, and he is fascinated by Snake’s skills, constantly seeking his approval. Just before Snake and EVA manage to escape with the WIG after defeating The Boss, Ocelot barges in for ‘one last showdown’. He’s not there to kill Snake, he’s there for a fair fight, western style. First, they battle using CQC, and Ocelot enjoys learning a few new moves. At a certain point, Ocelot pokes Snake in the eye, but there is no eye anymore, just a patch with a hole behind it, causing Snake to smile. Ocelot wants to know Snake’s real name. “John.” Snake responds. “Plain name.” Ocelot says. “But I won’t forget it.” After the battle (there are four outcomes but it doesn’t matter), Ocelot takes his leave – but not before turning to Snake one last time. “Till we meet again, John.” And they will. Ocelot smiles, and Snake smiles back. It’s like the beginning of a strange friendship. 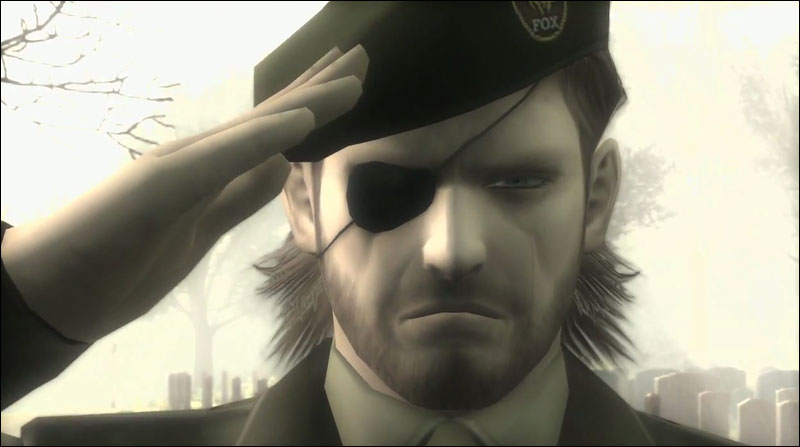 The conclusion of this game is one of the saddest and most dramatic ones in gaming. Snake has completed his mission, and he receives the title of Big Boss by the president himself. But it’s a bitter victory for him. Not only was he forced to kill his own mentor, but he also heard the truth behind the mission from a tape EVA left behind. The Boss never truly defected, she was ordered to play this role so the US could get rid of Volgin and at the same time get their hands on the Philosophers Legacy, the enormous sum of money that had fallen into his possession. The Boss was sacrificed for this cause, and Big Boss was never supposed to know. The Boss, one of the most loyal soldiers who ever lived, will go down in history as a traitor. In the final scene of the game, Big Boss visits her grave at Arlington Cemetery, and places at her tombstone a bouquet of flowers, the same white flowers that grew in the field where he last saw her. He then salutes her grave, and just before the credits roll, we see this though and battle hardened soldier cry for her cruel fate. Naked Snake is gone.

It goes without saying that there are many other great things to say about this game (including the ladder, of course!). The incredible depth and attention to detail make this one of the most complete and polished games ever made, and a beloved classic to this day.