Konami has released some more information on the recently revealed Triumph Venom Bonneville, a one-of-a-kind motorcycle made in collaboration with Triumph, that will be shown at various events (MCM Comic-Con, where it was unveiled, being the first one).

The ‘Venom’ bike is inspired by the legendary Triumph Bonneville T100 ridden by Snake in METAL GEAR SOLID V: THE PHANTOM PAIN, and is a custom build, created by the Triumph team. Their brief was to bring to life Snake’s stripped back edge via unique styling and detailing, including game-inspired graphics and the renowned Diamond Dogs logo. The resulting ‘Venom’ is a mission-ready bike tailored to the wilds of Afghanistan and Africa. This press release seems to confirm that Snake rides the Triumph Bonneville T100 in the game, but it isn’t clear yet if it can also be used during gameplay. We can see the T100, without its ‘Venom’ modifications, in the GC 2013 trailer. Here is some additional information on the real-life Venom Bonneville:

METAL GEAR SOLID V: THE PHANTOM PAIN’s Diamond Dogs pack leader has little need for civil niceties, so mirrors, speedometer, and rev counter were quickly stripped off with function defining form. From there on in, this stock T100 Bonneville has evolved to become the ultimate hot rod.

Off-road duties are handled with ease thanks to custom rims fitted with dirt-focused rubber in the form of Continental TKC80 tyres. The stock saddle has been cut down and refinished in Sneaking Suit neoprene and carbon Kevlar leather inspired by Snake’s iconic combat wear.  A heavy duty ammo rack loops around the back of the saddle, offering both protection and somewhere secure to bolt down an extra case or two of .50 cal.

A yellowed-out JVB Rumbler headlight and external heavy-duty fork springs give an aggressive dimension to the front end, while the profile is exaggerated by the lack of front mudguard. At the rear, the cut-down rear guard and an exclamation mark-shaped tail-light add to the individuality of the machine. Colour-matched callipers and cam cover are additional stand-out details, whilst the custom slash-cut exhausts deliver a soundtrack that lives up to the looks. Details such as Triumph Tiger off-road foot pegs, Renthal performance sprocket, machined throttle body caps and Triumph sport levers all contribute to making this bike as unique as it’s rider. Finally a hard-wearing stencilled matte black Diamond Dogs livery clearly links bike and owner – creating a Bonneville fit for Snake.

The VTB:1/ Venom Triumph Bonneville was unveiled at the MCM London Comic Con, May 22-24, and then will tour a number of events throughout the year. 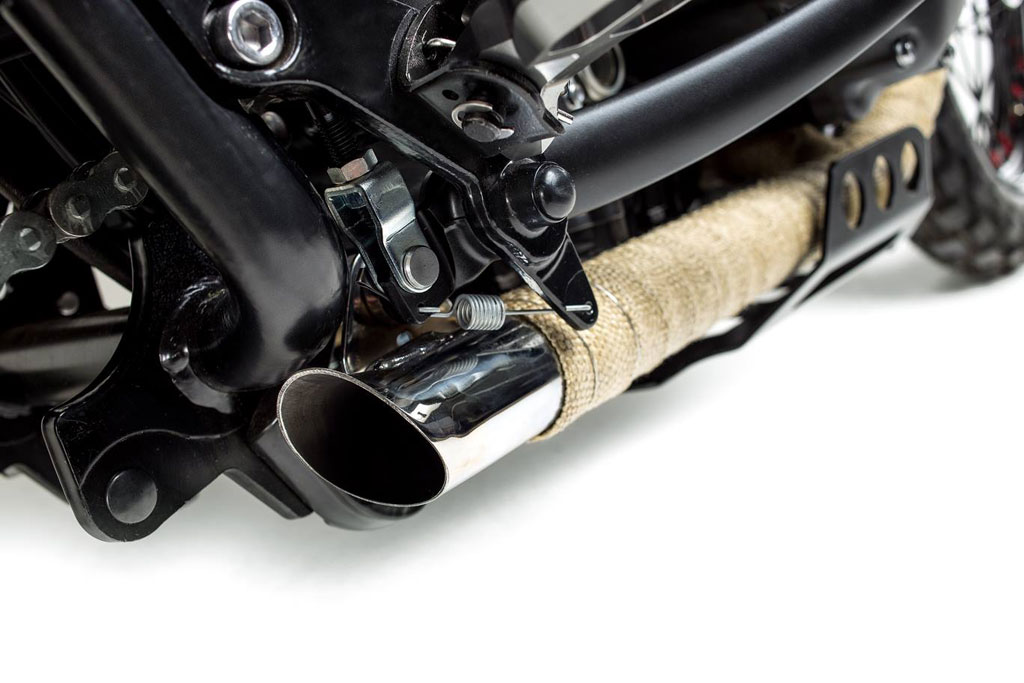 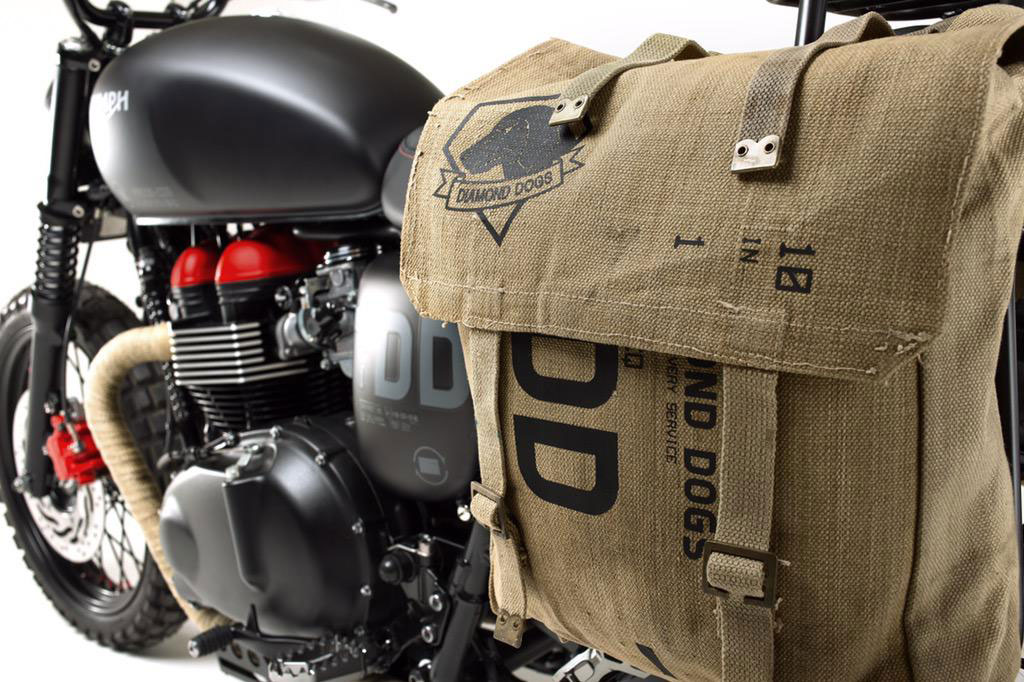 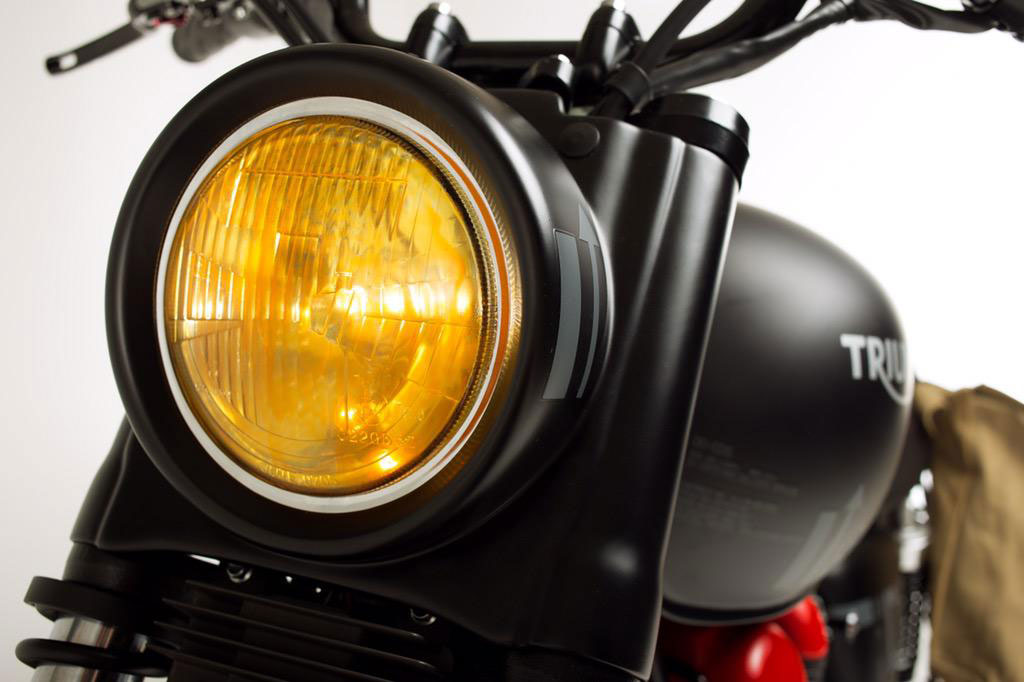 The press release concludes with some general information on the game, its story and the online mode.

This ground-breaking epic sets a new standard in stealth-action, with the series’ famed sneaking elements greatly expanded within the sprawling play area. A host of new characters – both good and bad – tell a story driven by revenge, as series hero Big Boss enters a series of battlefields following the deaths of his colleagues. Central to the game is a hideously disfigured adversary known as Skull Face, while the ongoing conflict also introduces the new, iconic characters, such as the mysterious Quiet – a mute female sniper with incredible abilities.

Skull Face is referred to as being ‘central to the game’, despite comments by his voice actor James Horan that suggested he may only play a small role. And yes, it once again confirms that Big Boss is, well… Big Boss.