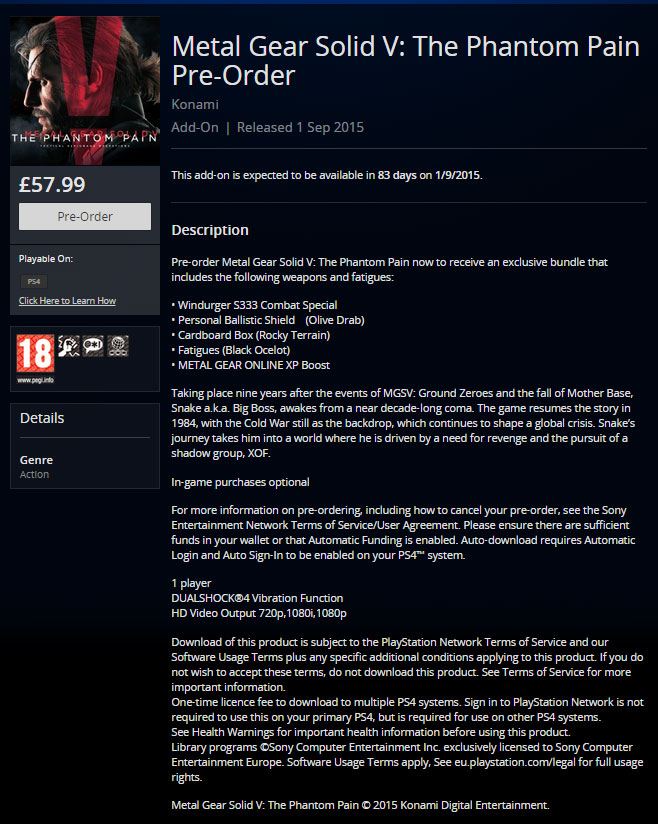 For those who are interested in the digital version on PlayStation, Metal Gear Solid V: The Phantom Pain has been made available for pre-order on the PlayStation Network. One thing people noticed is the text ‘in-game purchases optional’. During the preview event, journalists also reported an option that lets you speed up Mother Base development that would otherwise take up several hours, but when they tried it, an error message told them the feature wasn’t available in offline mode. So it looks like MGSV:TPP will feature some degree of microtransactions. Not the best news perhaps, since microtransactions aren’t exactly loved among the gaming community, but at least it’s something that can be ignored.