A new collaboration sees Metal Gear team up with… coffee. The brand is called ‘Boss’, the collaboration named ‘Big Boss x Boss’. Sold by Japanese company Suntory, the Boss brand includes canned and bottled coffee and coffee flavored drinks. Well, it does sound like the kind of brand Snake would use. Suntory Boss coffee cans will come with these boxes (click to enlarge): 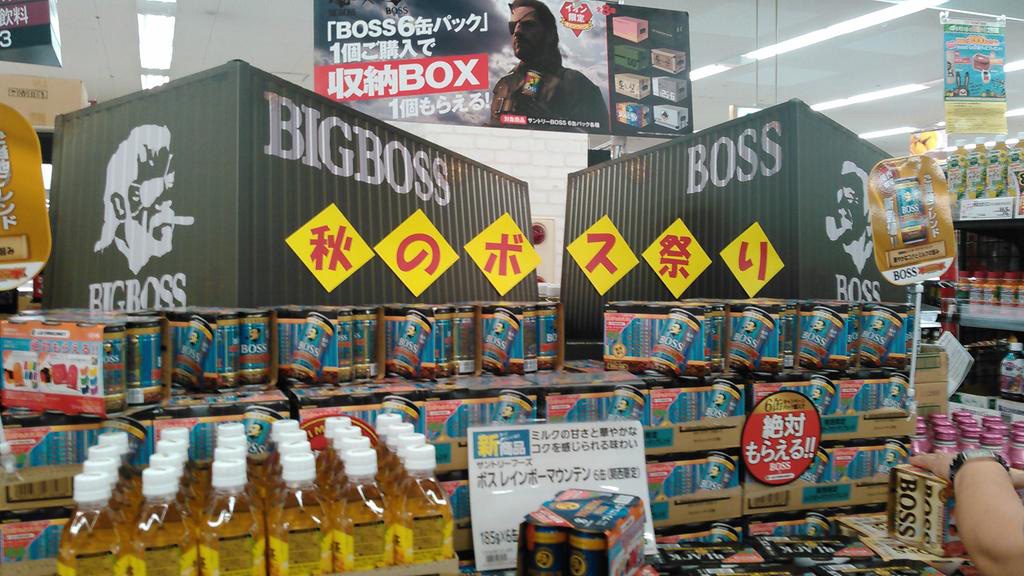