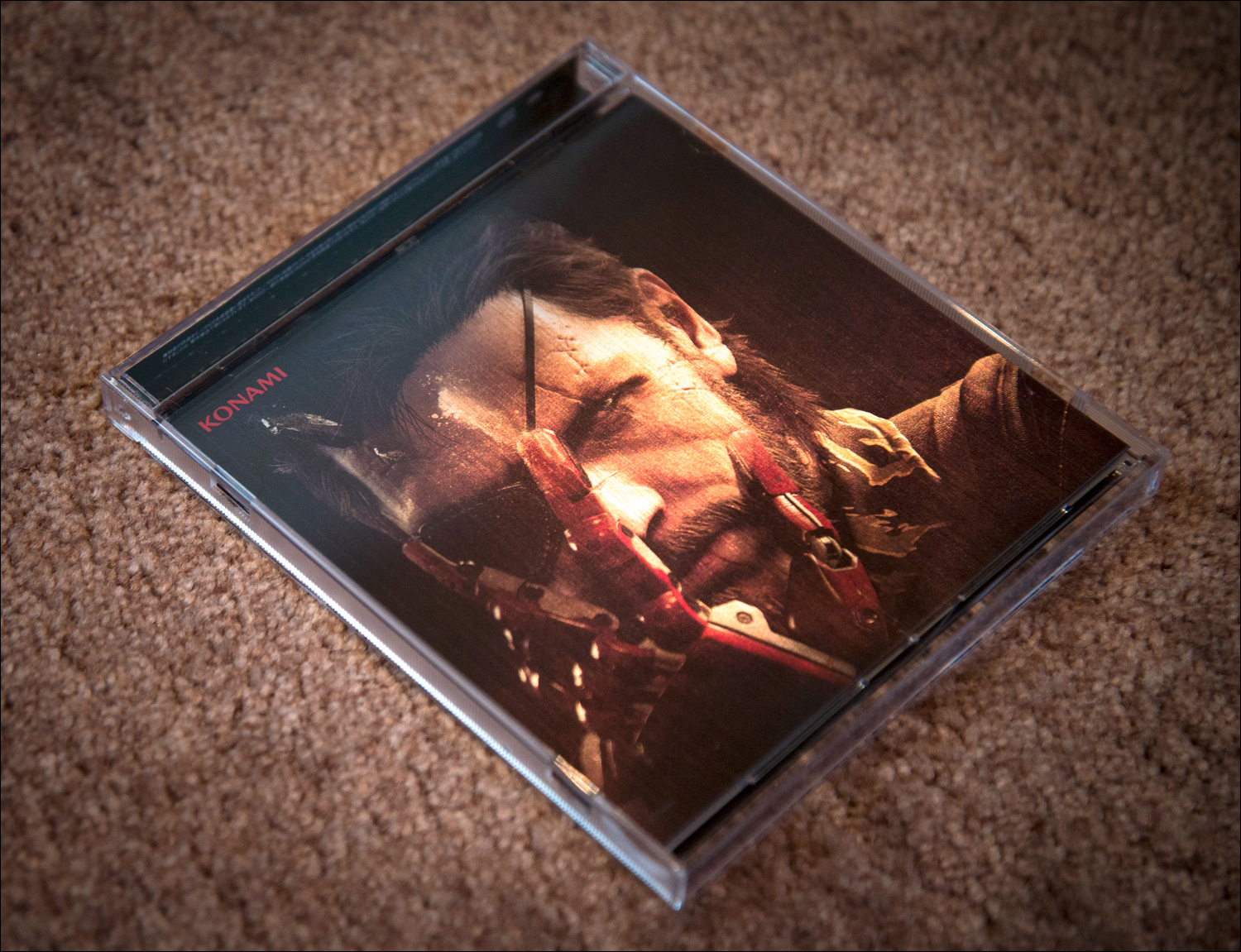 At first sight it seems Metal Gear Solid Vocal Tracks is another soundtrack CD for Metal Gear Solid V: it was released alongside The Phantom Pain on September 2nd and its cover looks very similar to the OST for MGSV.

But it’s actually more of a tribute to the various vocal tracks featured in the Metal Gear Solid series since MGS1. As such, it doesn’t only contain songs from MGSV, but various classics from previous installments as well. The most prominent vocal tracks from MGS1, 2, 3, 4, PO, Peace Walker and V are bundled on this CD.

But it also has something brand new: covers performed by Donna Burke. The most notable is MGS1’s famous song The Best Is Yet to Come, which for this occasion has been translated to English, whereas the original was sung in Gaelic. For Metal Gear fans who have heard this track countless times, it is a strange experience – but definitely interesting.

The case itself features a render from MGSV with a red V on top. As is the case with the OST, you can remove the transparant layer with the V to have a case with just the artwork.

This artwork is actually the cover of a small booklet included on the case. On the back are the logos of the games from which the vocal tracks originate.

The pages contain a tracklist, artworks by Shinkawa, the song lyrics and some credits.

On the inside of the case, below the disc is a screenshot of Snake from Metal Gear Solid V: Ground Zeroes.

Of course Donna Burke has proven herself to be a talented singer, so all the covers are pleasant alternatives to their originals. You can listen to some of the songs here.

Metal Gear Solid Vocal Tracks is a testament for the great music that has accompanied the games during the past 17 years – each one of them is easily recognizable and worth listening to.

If you’re interested in ordering the CD, you can purchase it from CDJapan by following
this link. It’s also available on iTunes.