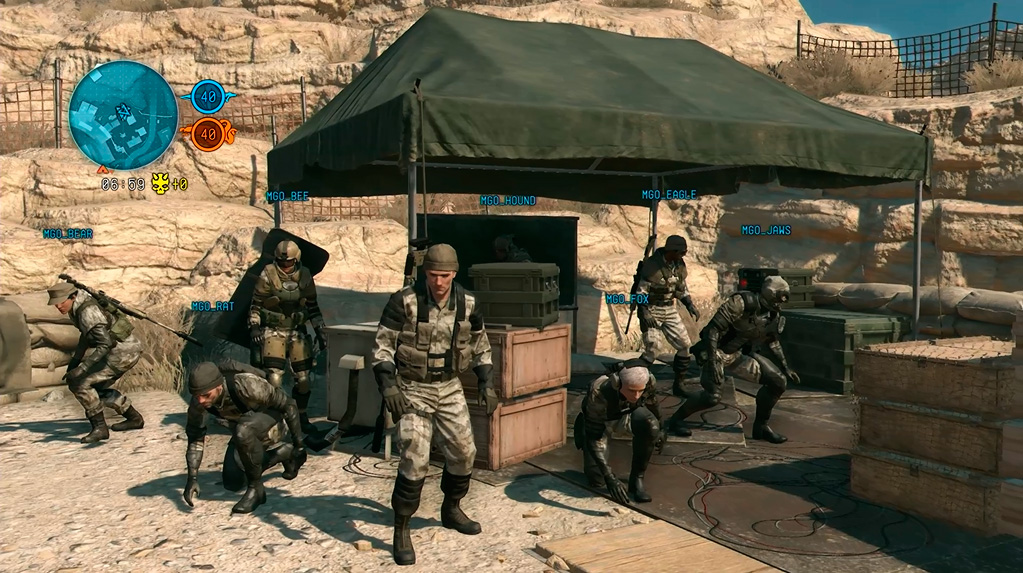 Metal Gear Online was released on consoles earlier this month, and while many have been enjoying the game there are also some issues with balancing and matchmaking. Fortunately the developers at Konami Los Angeles have been listening to all the feedback and monitoring the overall statistics, and today they announced a whole list of changes that will be implemented via a patch releasing in November.

Hello everyone, thank you for your continued support of Metal Gear Online. We have information to share with you now re: some player concerns. Many players have voiced their frustration when disconnecting from a match before it starts or during progress. While this issue is sometimes common for online titles, we have made some adjustments and will continue to look for ways to reduce the frequency of a player disconnect. Players have noted that network lag from player to player can result in different actions being delayed on screen including CQC grabs occurring from long distances. We are considering some specific adjustments to CQC to counter this concern. It is likely however that some visual mismatch will still occur from time to time and we will continue to look into ways to improve for this.

We have seen some players run into an issue where when logging in, their character level will be reset to a lower level or even 0. Often this issue can be resolved by restarting the game. However we are looking into the cause and will update players when we know more.

Another issue regarding players who received an exaggerated amount of XP after a match has been addressed, however those who have already fallen victim to this are invited to contact Konami customer service, where we will address each issue case by case.

Players who party together, to play on the same team, have voiced concern that its very difficult to ensure this happens for every match. Some adjustments are being considered to this system, including ensuring that players who join a party are properly introduced to the created match without error. We are continuing to look into ways to adjust for the needs of players and ensure players are partied up together as intended.

Players sometimes find themselves joining a host with a poor network connection. Some adjustments are being considered to the hosting system, and we are continuing to look into ways to reduce the likelihood of this issue.

The official Metal Gear Solid V website provides a summary of the changes that will be made with the upcoming patch.

Please see below for the complete list of adjustments planned for the MGO update scheduled for November.

* As a result of these changes, custom loadouts will be initialized during the maintenance period following the update patch.

Please note that the patch is still a work in progress, and some adjustments may differ in the final update. Details regarding the final changes will be announced once the patch is released.

Regarding issues not addressed above, we are constantly monitoring user feedback and will continue to make changes and adjustments moving forward. Thank you very much for your continued support of MGO.