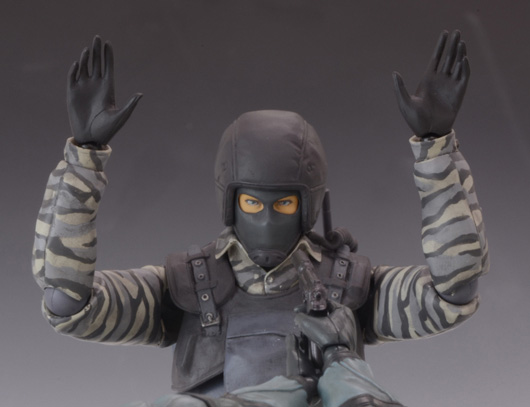 Today, new images have been revealed of the Figma Gurlukovich Soldier action figure from Metal Gear Solid 2 by Max Factory. On the pictures we can see the soldier in various different poses, a selection of weapons and other attributes, the and various ‘statuses’ (cautious / alerted / tranquilized).

Update: The figure is now available for pre-order on GoodSmile’s online store, with a shotgun as a pre-order bonus. It will release in August of this year for a price of ¥8200 (around €66/$75). For the full details, check the official description below.