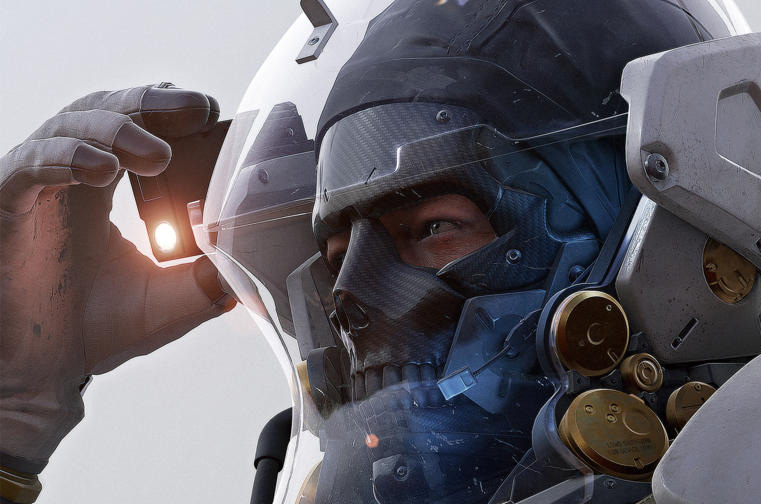 A few weeks ago Kojima partially revealed the face of the company mascot, Ludens. It didn’t take long for fans to speculate if the face hidden behind the mask could be that of actor Norman Reedus, who was to star in Kojima’s cancelled Silent Hills game. During last week’s E3 Kojima unveiled the first teaser for his new game Death Stranding, starring… Norman Reedus. A common theory among fans is that the character we see in this teaser and Ludens are one and the same; they’re both the game’s protagonist played by Reedus. However, in a recent interview published by French website GameBlog.fr, Kojima flat-out denies this theory, saying Ludens is not Norman. He did say that for a moment he was scared the trailer leaked, when people started saying: ‘Oh my god, it’s Norman Reedus!’, but that was not the case. “But no, it’s definitely not him.” Kojima assured the interviewer. In the interview, Kojima also talked about the studio tour he did with Mark Cerny earlier this year, and all the support he received during this time, the bonds with various friends and encouragement from fans gave him the idea for the game’s theme of strands and connections. He felt these ‘strands’ would be something that should be at the heart of his new game.

To read the full interview, click on the link in the source section.

Source: GameBlog.fr (thanks to Full Options)