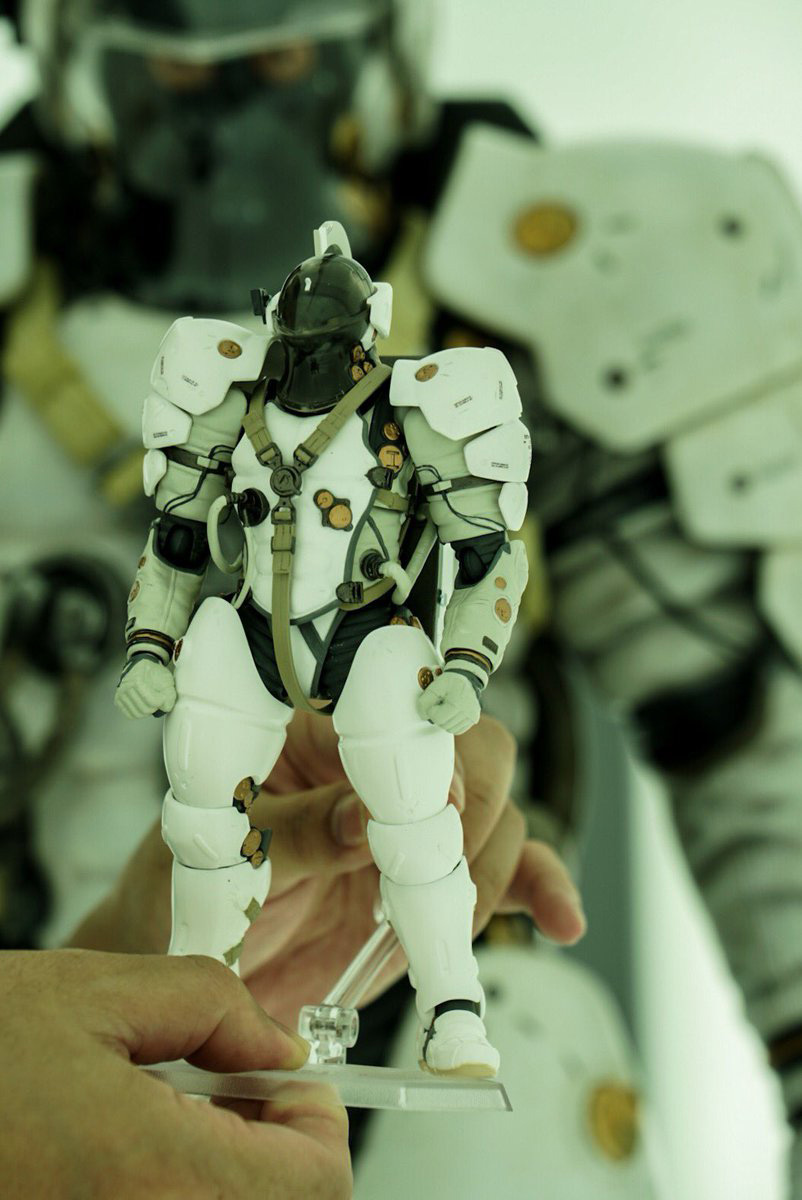 Kojima has published some new photos showing the Ludens figure that is currently being created by Figma. It was first revealed during Kojima’s San Diego Comic Con talk last year, and then again in October, but this is the first time we can see how it will look when it’s been painted. Character designer Yoji Shinkawa, who supervised the product makes some final checks. Here are some pictures comparing the 1/12 Figma figure with the 1/2 statue by Prime 1 Studio.

‘Testing in the hallway.’ ‘”Of course, it comes with the spear and the flag.” by Yoji Shinkawa’