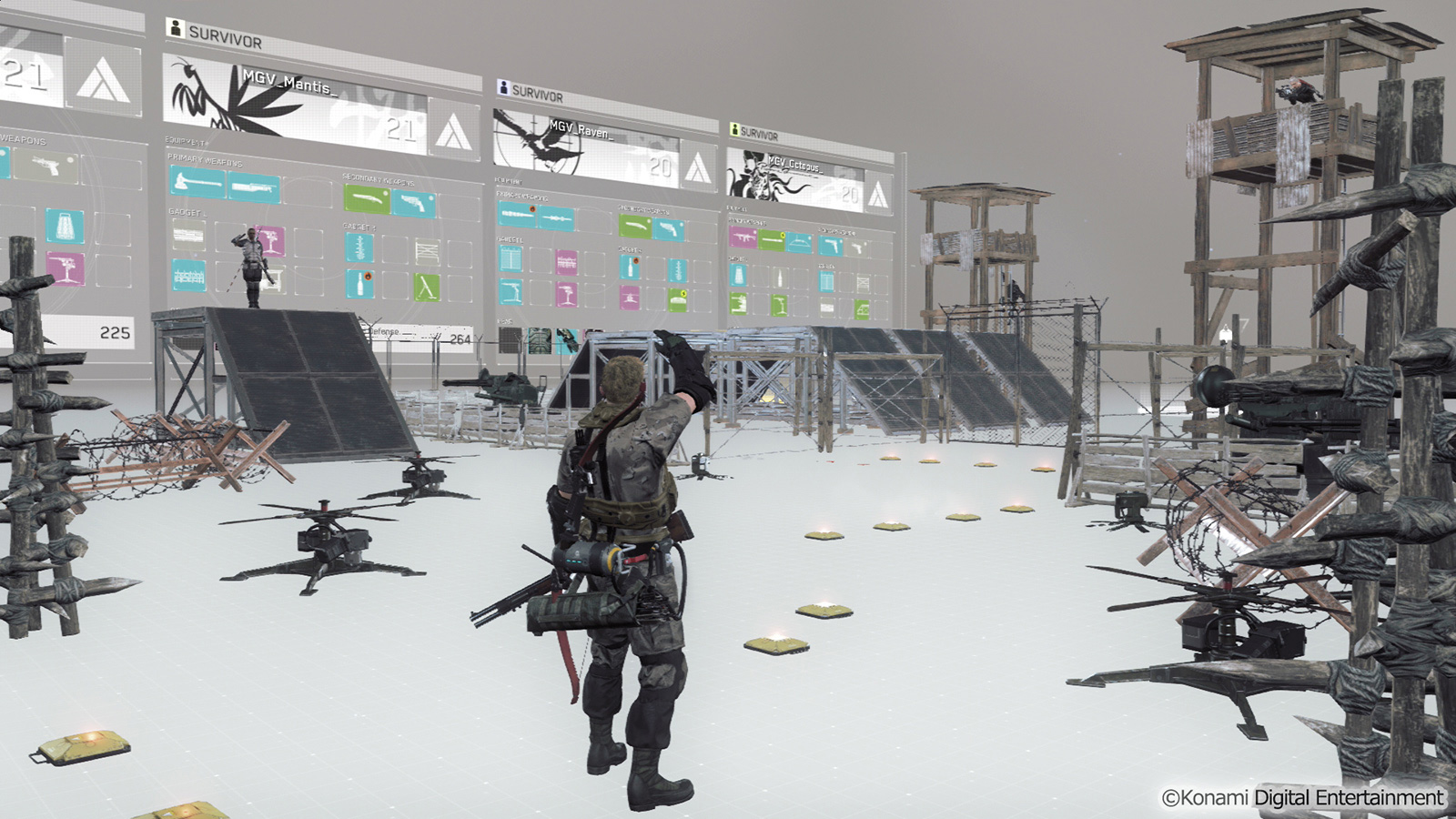 Konami has released a new Metal Gear Survive video that shows the co-op staging area of the game, where you can join up with friends to test out weapons and gadgets. This way you can practice your skills or just mess around with the other players.

Introducing the co-op staging area in #MGSurvive. Join up with friends, test weapons, try gadgets and goof around to your heart's content. pic.twitter.com/mjdPlyQRnO