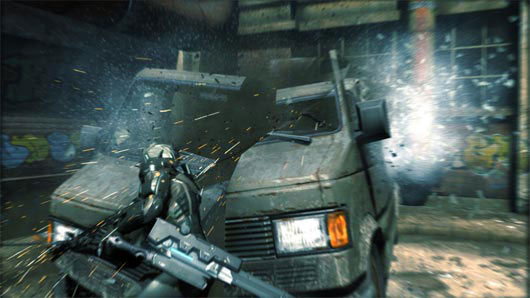 In an interview with Official Xbox Magazine, Kojima Productions creative director Yuji Korekado admitted that initially he didn’t want to hand over the Metal Gear Rising project he’d been working on to Platinum Games. He explained that people had put a lot of effort in it, and ‘they were in a dark hole’.

“When Platinum visited the studio to get an update on the game, I was asked to present the current status to them, it was a very complex emotion: I wanted to keep developing the game internally, but Kojima wanted to move it forward. It was frustrating but I had to move forward with it.

Fortunately for me, I was able to participate in the development even after it went to Platinum. After I realised it was going to go forward, I cut off all my sour feelings and just got on with the work. When I saw the first Revengeance trailer, I realised it was something that Kojima Productions couldn’t have done – and that was something I felt great about.”

He also explains that he still feels this new title is a Metal Gear game, because it’s all about options and how the player wants to tackle a situation, which can be done in different ways.

Players can pass their own judgement on the game when it hits store shelves next year, February 19 in the US and February 21 in Europe and Japan.

Views: 198
Liked it? Take a second to support MGI on Patreon!