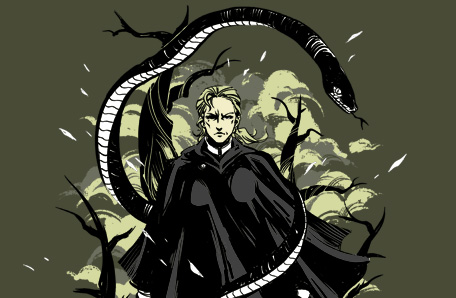 Gaming merchandise company Fangamer has announced its new line of officially licensed Metal Gear Solid products, including a range of t-shirts and a re-release of the MGS soundtrack LP that was previously sold by Mondo. You can check out the full range of items below.

The ultimate Metal Gear is now the ultimate hoodie. Designed by Jon Kay, our official Metal Gear Solid Hoodie is here. While it doesn’t use the latest advances in compound armor, it does feature four print locations on an ultra-cool dark camo garment. (Sizes 3X – 6X are on a black garment.)  Each hoodie comes with an exclamation point zipper pull.

“Rex’s armor is perfect. You can’t destroy it” This official Metal Gear Solid t-shirt is printed on 100% Cotton garments by Forward Printing. Each shirt comes with a 3.75″ tall bonus sticker.

No Victory No Defeat

“…And the one who inherits the title of Boss will face an existence of endless battle.” This official Metal Gear Solid 3 shirt features leader of the Cobra Unit, The Boss – and was designed by Nina Matsumoto. Each shirt comes with a bonus sticker of The Patriot.

Everyone’s favorite okatu appears on this official Metal Gear Solid tee, designed by the wonderful Punimelt. Printed by Forward Printing on ultrasoft poly-cotton shirts from Next Level. (Unisex 5X and 6X are 100% cotton.) Each shirt comes with a bonus sticker.

This album includes 20 songs from Konami’s 1998 espionage masterpiece: METAL GEAR SOLID. This official 2-LP Metal Gear Solid soundtrack is pressed on Fangamer exclusive green with white splatter vinyl, and was produced by Mondo. Features the original song “The Best Is Yet To Come” by Rika Muranaka, and original artwork by Randy Ortiz.