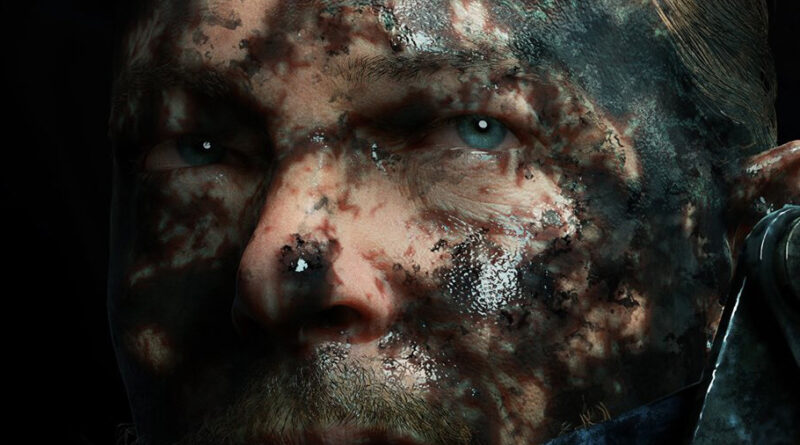 In an interview with GameReactor, Death Stranding composer and audio director Ludvig Forssell talked in detail about the music and sounds of one of last year’s strangest games, and how it all came to be.

Death Stranding’s soundtrack is a mix between orchestral and electronic/synth music. Ludvig revealed the inspiration for this sound.

“Hideo gave me a cd for the soundtrack for a film called It Follows, which is a very synth-based horror score, and I based my idea for what the music needed to be on that. So I was kind of emulating that, learning different techniques from that soundtrack, but then as the project started to really ramp up, as the story was coming out, as we were seeing how the world actually connected, I was able to, or kind of forced to, interpret things differently and add stuff, subtract stuff, try new things out, and that kind of organically made the soundtrack into what it became, with being like, very wide in terms of different things that we got to try out and put in there.”

The score wasn’t finalized until late in the process. “I’d say, maybe like 75 – 80% of all music was written in the last year of production.”

Ludvig was not only the composer, but also audio director for this project, which was helpful in making the audio aspect of the game into a coherent whole.

“It’s very unusual to have the same guy who is actually composing the whole game being in charge of all audio, so I really wanted to utilize that opportunity and advantage to kind of intertwine the music and the sound design, kind of have them be built from the same place, at the same time simultaneously. Which made for some really fun things that we were able to come up with, with me and the sound designers on how to go back and forth between sound design and music, and actually just completely erasing the lines in between those two.”

Ludvig explained the inspiration and origin for some of the specific sounds found in the game.

“I spent a lot of time on those bike sounds, that was one of the biggest challenges for the whole game. Because early on, we knew that we’d be having electrical engines, and it’s hard to make cool sounds with electrical engines without it becoming sci-fi and like Star Wars and stuff, or Transformers what have you. And I didn’t want to do that. […] We were cutting it really close when it came to the sound design for the truck and the bike. Getting that whole thing together really came down to the final few weeks of production, that we were able to fix that and get it all in.”

One of the ideas for the sound design was based on the sound of car tires driving over rumble strips at the side of the road (meant to warn the driver that he’s drifting too far to the side). Ludvig heard this sound when he was in an Uber, and the varying spacing of the strips created a sort of melody, which he ending up using as inspiration for the game.

Another specific sound Ludvig is proud of is the one you hear when connecting the BB pod.

Ludvig also talked about one of the boss scenes in the game, in which Sam is transported to a ghostly Vietnam war based location for his battle with Cliff.

“The US army during the war in Vietnam, used this experimental psychological warfare thing, where they played spooky voices over loudspeakers, pretending to be ghosts of fallen soldiers calling out to their family members. […] We made our own versions of that, and put that into the ambience of the Vietnam sequence.”

The team also went to the Salton Sea in San Diego, a man-made lake resort that has since been abandoned as the lake became saltier and saltier. “Since it’s so salty all the fish died, and the whole beach is basically made of fish bones. […] We got a bunch of that sand to record like footsteps for Sam on the beach in the game. We also grabbed all these dead, dried-up fishes that we tore apart and used for, like, the chewing sounds when you’re eating cryptobiotes.”

One of Ludvig’s favorite sounds is that of the MULES’ odradek when they detect you. “It was basically supposed to be the sound that replaces a very known sound from mister Kojima’s previous games.” […] “I wanted this tribal feeling for the MULES, as they don’t speak, I kind of just wanted to make it a bit more simplified, and what we did is we recorded these things called wind wands. […] We based the whole sound off of that, and did a bunch of designing on top of it to make it what it ended up being.”

Then there’s the crackly voices of the BTs. Ludvig revealed how these came about.

“The team went to Iceland to get reference material and sounds for things like winds and rivers. “We went to this newly formed lava field, where there were lava rocks everywhere. Lava rocks are super light, they’re full of air and holes, and they have this glassy sound. And I started rubbing the them against each other, and they started, like, screaming and stuff.” These sounds were used to create the gazer voices (the basic BT enemies in the game).

Update: Sound designer Mike Niederquell uploaded a video to Twitter on May 12 that shows exactly how the gazer sound was created, using the rocks and his own voice.

One of the most beloved tracks in the game is BB’s Theme. Ludvig talked about how he came up with this memorable song.

“It started out with mister Kojima saying he wanted a lullaby for certain situations in the game to represent certain characters, and he wanted Sam to be able to hum or whistle this, so I knew it’d have to be a simple melody that would be easy enough to remember. But I also wanted to make it a short one, so that you could just hum a few notes and people would know what’s going on. So it really just started with those four first notes.” After that, Ludvig sat on it for a while, before later developing it into a full theme song. The vocals of the full theme are by Jenny Plant, and according to Ludvig, she sort of represents Cliff’s wife in this song.

In order for Mads Mikkelsen to remember the melody for BB’s Theme (since he had to sing and hum it at different parts in the game), Ludvig Forssell would repeatedly play it over the speakers from his iPad piano whenever they took a break during performance capture. So eventually the whole staff couldn’t get it out of their heads. “Forcing one of the Hollywood actors to remember one of your melodies, it’s definitely not your average day kind of thing,” Ludvig said, laughing. But Mads did a really good job in the end, even better than expected.

Ludvig doesn’t have any acting roles himself in the game, but his voice can be heard as backing vocals in BB’s Theme. Ludvig also said he was the placeholder voice for Sam before they recorded Norman Reedus.

One particular sound easter eggs Ludvig really likes is in Mountain Knot City. “There are these cube houses, and in one of those houses there’s a guy rocking out. It’s just stupid and funny. […] It was an interesting thing we got from Hideo, he wanted there to be life in those houses, and there’s only so many things you can actually do to make houses sound alive. So we did stuff like adding radio noise as if someone is watching tv or listening to the radio, sounds of water flowing through pipes in the house, maybe footsteps moving around. But yeah, that’s definitely the best interpretation of getting life to those houses, that guy rocking out, that’s the perfect thing.” There are other small sound related easter eggs to be found in the game, but Ludvig wanted to leave it up to the players to find them.

After the game released, the audio and music was widely praised, and has won several awards, with one of the biggest (and first) being The Game Awards in December of 2019.

“I’ve never been as honored and happy as when we got the Game Award, because I did receive one previously, but I never actually received it [Best Soundtrack for Metal Gear Solid V: The Phantom Pain], so it was great to actually be able to go up on that stage and take it in my hands and say thank you to the people who got us to that point.”

Death Stranding’s soundtrack is out on Spotify, CD and will also come to vinyl soon. To watch the entire interview follow the link in the source section below.

Views: 844
Liked it? Take a second to support MGI on Patreon!