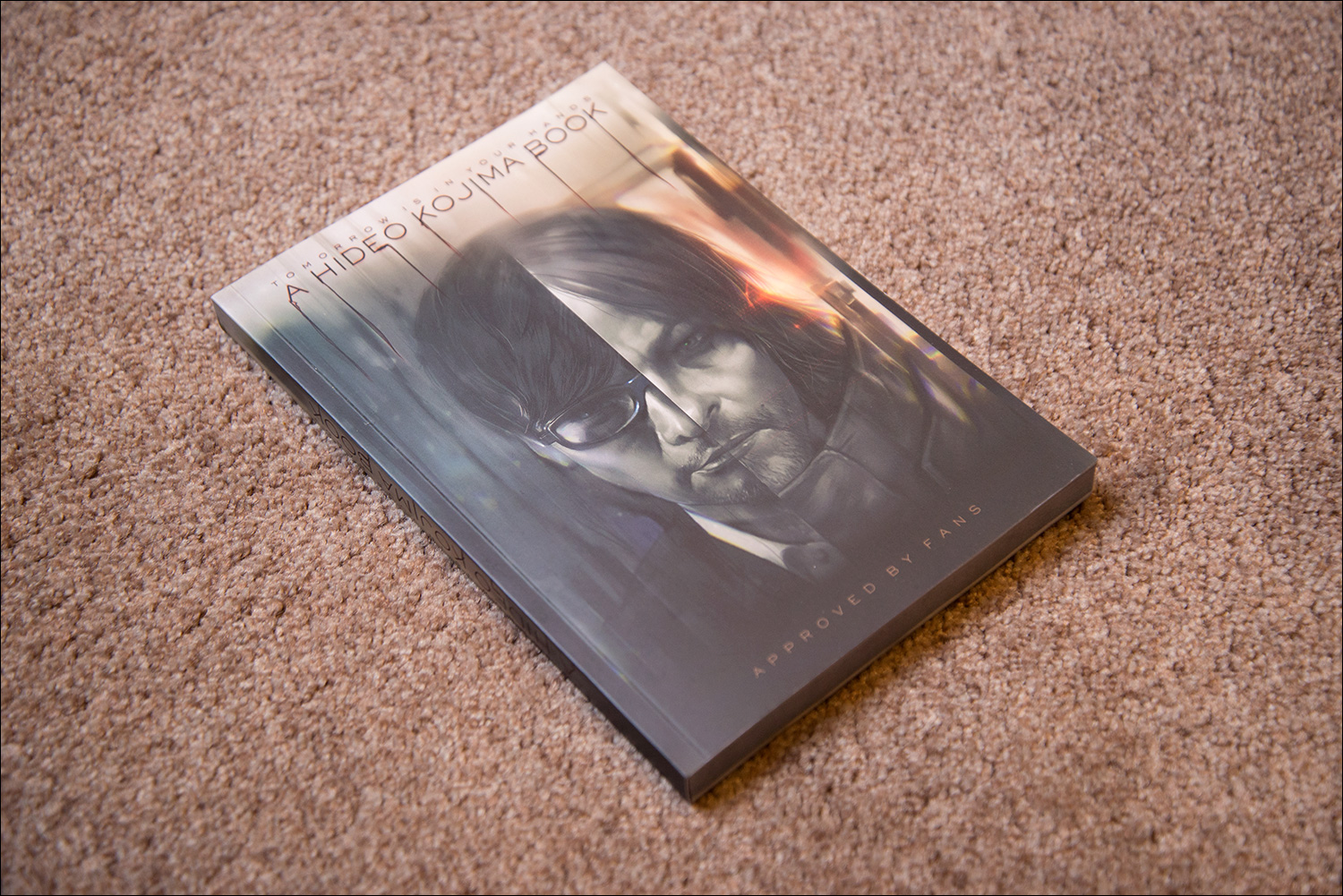 Three years ago, Metal Gear and Kojima fan Tarak Chami rallied fellow fans and admirers of Kojima and his work from around the world and published a book filled with fan art, cosplay and stories from the community. The book, titled A Hideo Kojima Book: From Mother Base with Love mainly focused on the Metal Gear series and what it meant for its fans.

After that, Tarak began working on a second edition of the book, this time revolving around Kojima’s latest work, Death Stranding. One successful Kickstarter and a lot of work later, the book was printed by the end of 2020. Like with the first book, we were invited to write a text to be published within the ‘Communities’ section, and we gratefully accepted. Tarak kindly sent us a copy with a personalized note, which will be presented in this article.

With over 330 pages, the book is even richer in content than the previous one. It used the same layout as before, with an editorial and a foreword followed by the amazing creations by the talented fanbase.

There are many pages with fantastic artworks, ranging from digital paintings to impressive sculptures, made by fans from all over the world.

The next section features equally impressive cosplay, some of them looking like images straight from the game.

The Communities segment focuses on the various Kojima and Death Stranding communities around the world, like fan pages or websites such as our own.

The Guests section features texts by various people, sometimes fans or admirers, sometimes fellow developers or people that have otherwise been involved with Kojima, like actor Tommie Earl Jenkins or Guerrilla Games’ Jan-Bart van Beek, or even JF Rey, the brand of Kojima’s glasses.

(The one on the picture above is a shortened version of Metal Gear Informer’s article written for the book. The complete version can be found here)

The book concludes with a closing note by Tarak, thanking the people who contributed and Kojima.

Since the crowdfunding campaign reached a specific stretch goal, there is also a smaller book, or ‘zine’ included with every copy of the book. This one focuses on Yoji Shinkawa, and features guest illustrations in the spirit of his iconic style.

There are also several printed artworks from various artists in the book.

To conclude, it’s always humbling to see the incredible talent and creativity in our shared community of fans, created by people from all around the world. An idea of connecting that fits perfectly with Death Stranding’s overarching theme. Tarak’s efforts of bringing it all together really is the ‘strand’ in this case, the thread that binds it, as the contributions of all these people and communities come together in this impressive book.

You can still order the book for yourself on Etsy. Both the Kojima book and the Shinkawa book are also available digitally.