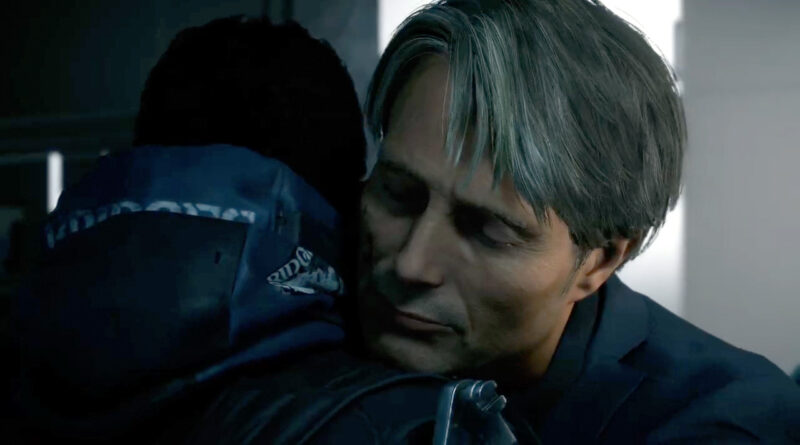 This article also appeared in A Hideo Kojima Book: Tomorrow is in your Hands by Tarak Chami. Please note that it contains spoilers for Death Stranding.

Kojima said something interesting during his Death Stranding world tour, days before the release of the long anticipated, mysterious game. “Sometimes I want people to kind of eat something that is not really easy to digest,” he explained. In his food analogy, he contrasts new, awkward dishes to easy-to-eat food, consumed quickly and going out just as fast. An amusing analogy, but not just that – it effortlessly applies to Death Stranding. A strange dish with an unfamiliar taste, going against the established trends of almost every open world game.

Increasingly, open world games have dealt with their large maps by providing the player with ever more ease and convenience when it comes to traversal. Quick travel can be accessed from any point, instantly transporting the player to the point of their choice. The superhuman abilities of the protagonists let them scale any wall, any obstacle. Players are used to be able to speed across any surface without ever having to worry about getting tired. After all, it’s just about getting to one place of interest to the other. The world shouldn’t get in the way of that.

But the world of Death Stranding does get in the way. Rivers prevent you from crossing, unless you’re really careful or have the right tools. Rocks can make you trip, scattering your equipment. Steep slopes can destroy your precious cargo within seconds. You want to get to the top of that mountain? You can, but it won’t be easy. You’ll have to plow through thick snow, watch out for the cold, be mindful of sudden drops. It’s going to take time. It’s going to take effort. It’s going to take patience.

But when you succeed, it really means something. When you deliver your cargo to that remote place. The connection you’ve just made. And that’s where the main theme of the game comes in. Once you have connected this place to the others in the network, you gain the ability to use structures – your own and those of other players. Suddenly you are creating an infrastructure. Roads, ziplines, bridges – literal lines drawn through the landscape connecting two sides of a canyon, a valley to a mountaintop, or even one peak to the next one off in the distance.

And precisely because of all the hardship you had to go through the first time, the newly constructed infrastructure feels so meaningful. Something you’d take for granted in any other game, or even in real life. That smooth, futuristic looking bridge contrasting with the rugged, primordial looking landscape means everything. And it’s for that reason, that Cliff’s final words to Sam at the end of the game, feel so significant: “You’re Sam Bridges. My son. My bridge to the future. Without you, I was just like any other cliff.” After the countless cliffs that were preventing you from going forward over the course of the game, obstacles to overcome, you understand exactly what he is conveying. The gameplay and the story intertwine to create additional meaning, making this scene all the more powerful – and the game as a whole, a lingering experience.