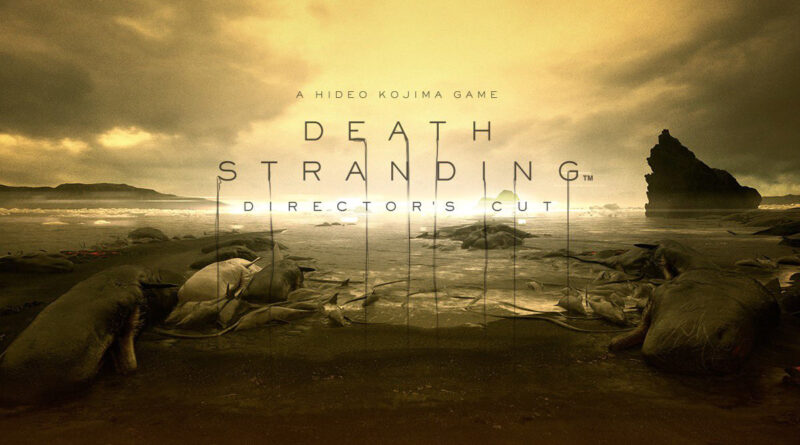 Kojima Productions has released a new trailer for their upcoming game, Death Stranding Director’s Cut. This is the ‘Final Trailer’, and it is edited by Hideo Kojima himself.

Death Stranding Director’s Cut is an expanded version of the PlayStation 4 game from 2019 brought to PlayStation 5, with a bunch of added features. Aside from some technical improvements like higher framerate and resolution, ultra widescreen mode and Dualsense support, the new version also comes with new delivery methods, a racing track, and new story content, among other things.

Earlier this month, Kojima explained that despite Death Stranding Director’s Cut not being promoted in a big way (since it’s not a new game), he did create the trailer with all his soul.

“At this time of year, there’re a lot of big game announcements going on all over the world. In the midst of all this, DEATH STRANDING DC is not a completely new game, nor is it being promoted in a big way, and the final trailer of my own work is being released quietly, but I’ve edited it with all my “soul”.”

A few days ago, Kojima reminisced on the use of trailers 20 years ago compared to today, when it can simply be uploaded online for everyone to see.

“The trailer for MGS2 was played once an hour at E3 2000. As the days went by, there was always an overflow of people. Because it could only be seen at the venue. The footage was reduced to text by a reporter and appeared in a magazine a few months later. Later, it was shown in stores on DVD and in theaters. Now, anyone in the world can watch it anytime on their smartphone or PC. Times have changed.”

Death Stranding Director’s Cut releases on September 24th, exclusively for PlayStation 5, costing 49.99 (affiliate link). Existing owners of the PS4 version can also upgrade to the Director’s Cut for $10 / €10 when the game launches.

Views: 556
Liked it? Take a second to support MGI on Patreon!