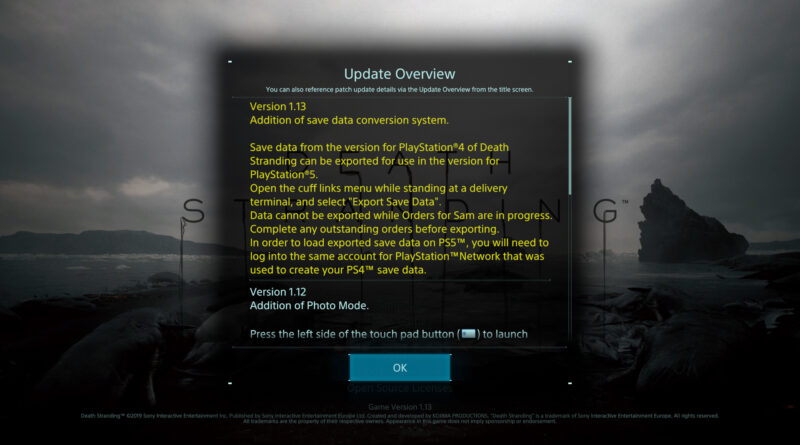 To export the data, open your menu and navigate to ‘System’ then ‘Export Sava Data’. Here you will see the entire list of what will and what won’t carry over.

A new trailer for the Director’s Cut has also been released earlier today, edited by Kojima himself. The game is releasing on September 24th.

Views: 851
Liked it? Take a second to support MGI on Patreon!