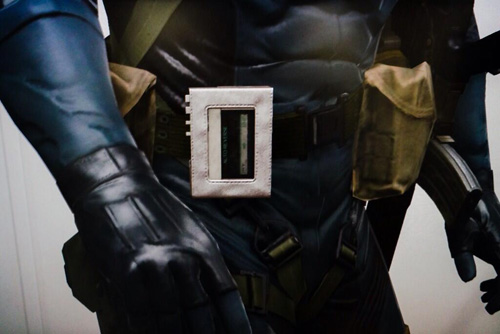 As most people already know, Snake can carry a Walkman with him on his missions in Metal Gear Solid V: Ground Zeroes. This portable music device can be used to listen to imported soundtracks. Today Hideo Kojima posted an image taken using the Fox Engine of the Walkman attached to Snake’s belt. “This is the Walkman that Snake in GZ carries.This screen is taken from FOX engine machine.”

As you can see Snake actually carries the walkman with him in a pouch. Here is another image of the device, taken from the Ground Zeroes opening: Here are some more comments Kojima made on the walkman in Ground Zeroes: “Speaking of Walkman, Snake in GZ carries it during the sneaking mission. He listens to analogue tape & smokes cigar.” To see some more images of the music importing interface, go here.