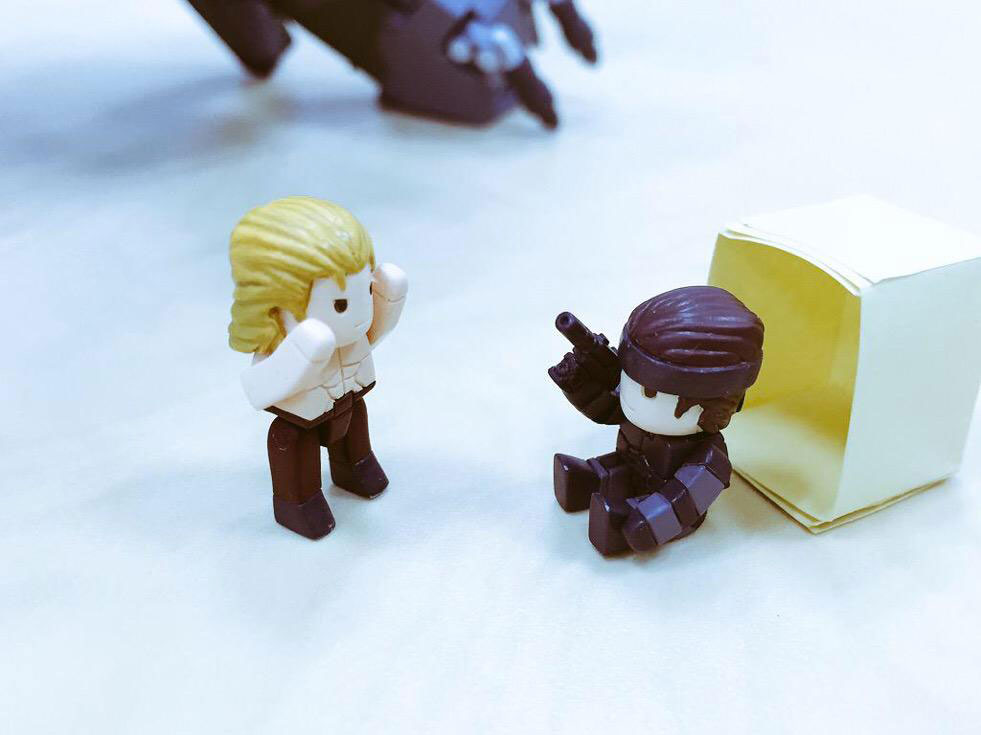 Mega House Corporation, a ‘Strategic Business Unit’ of Namco Bandai Holdings, is producing an action figure of Metal Gear REX from the first MGS as part of their Variable Action D-SPEC series. It’s still a prototype as it hasn’t been painted yet. As you can see it also comes with a rather cute Liquid Snake and Solid Snake figure, which can be placed inside the cockpit. Kojima also tweeted about this merchandise, showing what it will look like when it has been painted. “Checking the paint of déformer REX releasing from Mega House. Will be shown at MegaHobby EXPO 2015 Spring.”

The MegaHobby EXPO will be held on May 30th.