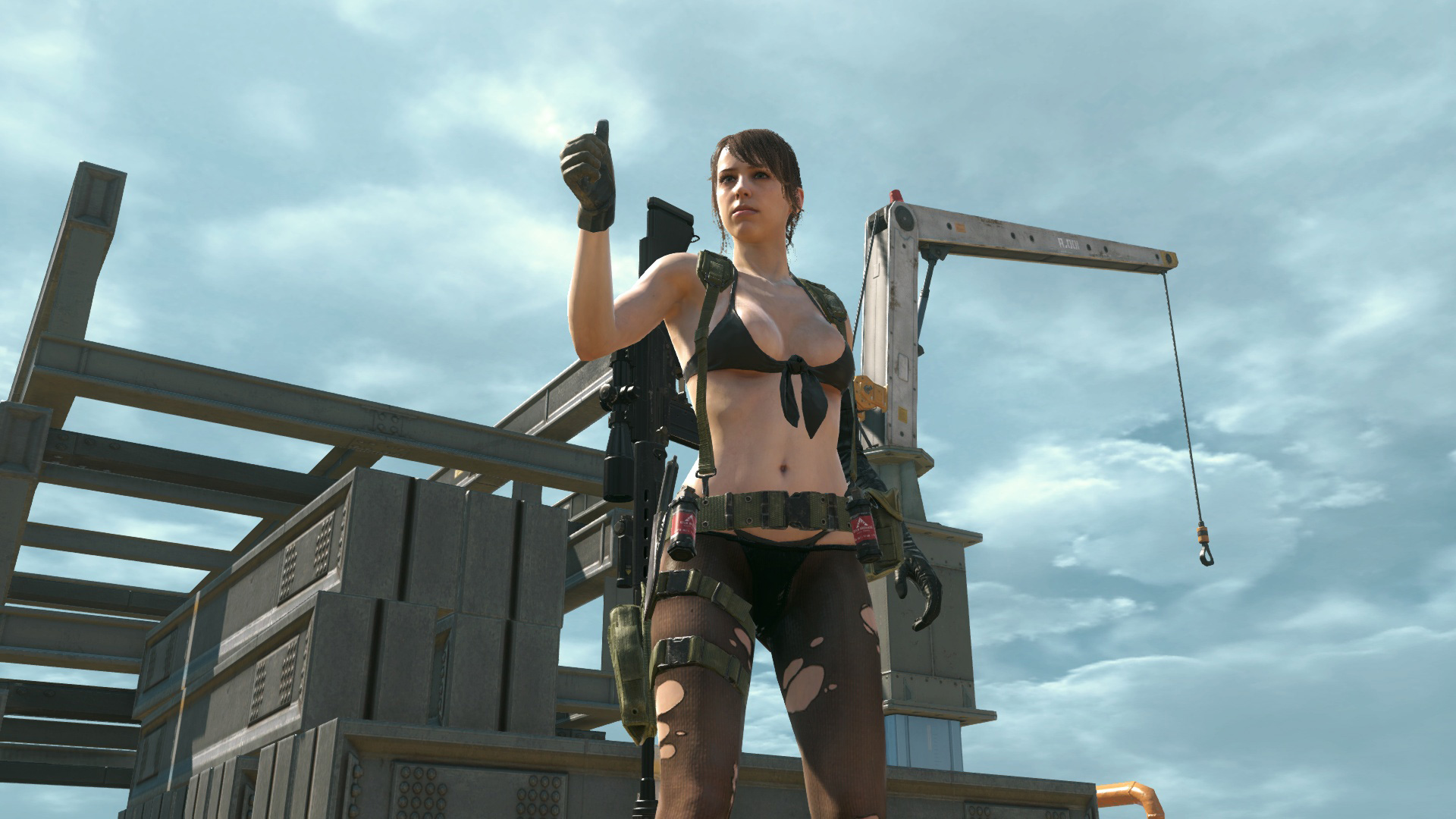 Konami has shared some details on the upcoming DLC and update for Metal Gear Online. The free update will introduce a new mode called ‘Sabotage’. In the press release, Konami states:

Released in tandem to the DLC, a free update to METAL GEAR ONLINE includes a brand new competitive mission, SABOTAGE. Attackers must destroy or fulton the enemy Missile before the round expires. To access the Missile, attackers must first hack into the Terminals to deactivate the Electromagnetic (EM) Barrier that is protecting it. Once the Terminals are hacked and the EM Barrier is deactivated, defenders can choose to reactivate the EM Barrier or protect the Missile.

The DLC will include 3 maps, the playable character Quiet and Appeal Actions. The press release reads:

‘Cloaked in Silence’ is an ongoing part of KONAMI’s commitment to continually enhancing the METAL GEAR ONLINE element. The downloadable content adds three new maps to the multi-player game:

METAL GEAR ONLINE also sees the debut of Quiet as a playable character. A buddy character familiar from METAL GEAR SOLID V: THE PHANTOM PAIN, Quiet is a legendary sniper who can take out distant targets with excellent accuracy, Quiet’s movement speed is extremely fast and allows for unique jumping abilities over high steps where a player would usually need a ladder. She can also temporarily cloak her visibility while sprinting to activate a boost in movement speed.

The new ‘Cloaked in Silence’ DLC also adds the APPEAL ACTION feature, which triggers a unique character pose known as APPEAL ACTION. Players can preset up to five different slots per character, with additional APPEAL ACTION packs available for purchase in store.

The DLC will be released in March. For some screenshots of Azure Mountain, go here. For screens of Coral Complex, go here, and for Rust Palace, go here.

Konami also revealed the prices for the DLC: