Some pictures with new images of the recently announced Metal Gear Solid Snake Eater Pachislot machine have surfaced, that seem to be from what seems to be a flyer or some other print material. On the images we can see several of the game’s characters, including Snake, Ocelot and EVA. 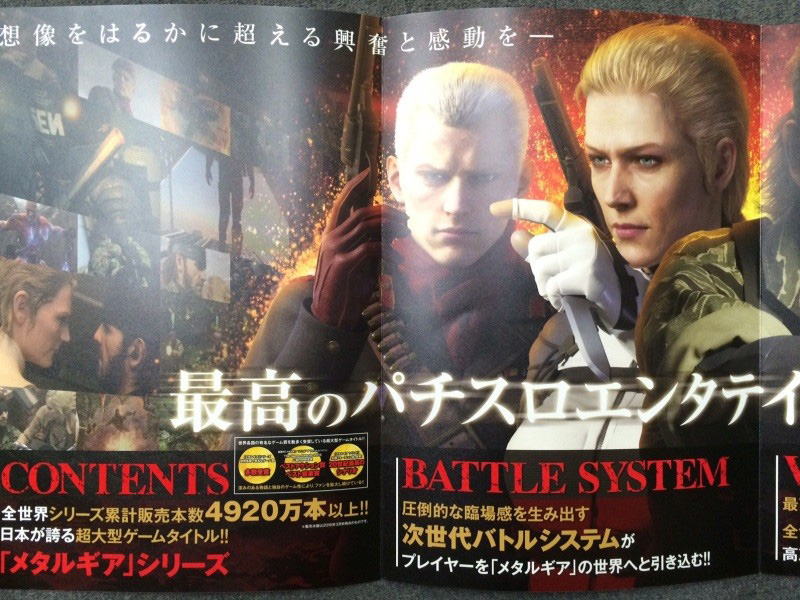 Pachinko is a pinball like gambling game popular in Japan, and Konami has been adapting their franchises to Pachislot versions, to the dismay of many fans of said series.