Hideo Kojima and his crew are currently in Los Angeles, where the Electronic Entertainment Expo, the largest game show of the year, is about to begin. Several PlayStation goodies are being sold starting tomorrow 11:00 at a temporary PlayStation Gear store in front of the venue, and some Kojima Productions and Death Stranding merchandise is also available. “Some nice merch lining up at the PS Gear store. In addition to the shirts, there will be iPhone cases too!” – Kojima Productions Twitter The merch at the #PlayStationE3 gear store will be available starting tomorrow at 11am. Right outside the South Hall so no need for a badge! pic.twitter.com/bV0Lmwj3Qe

#PlayStationE3 Store to feature exclusive shirts, phone cases and our beloved Ludens #1. Tomorrow 11am near South hall, no need for a badge. pic.twitter.com/QbQ0NVborx

This is also where the half scale Ludens statue that normally stands in the Kojima Productions hallway traveled to.

LUDENS #1 who had guarded our studio, now arrived in PS GEAR STORE in LA. Took him a quite long journey as opposed to being an astronaut. pic.twitter.com/2CDmGHEWHd

If you can’t make it to LA, there will be more Death Stranding merchandise in the PlayStation Gear store during future events and the online shop.

PSGear will feature more Death Stranding merch in the future, in other events and online. So hold on if you are too far from LA.

On Wednesday, Kojima will be talking with Jordan Vogt-Roberts, the director of the upcoming Metal Gear Solid movie. Sony’s Media Event is taking place later today (5 PM local time), but Death Stranding won’t be presented this year. Kojima will probably still attend as a spectator though. He already met up with Shawn Layden of Sony Worldwide Studios. 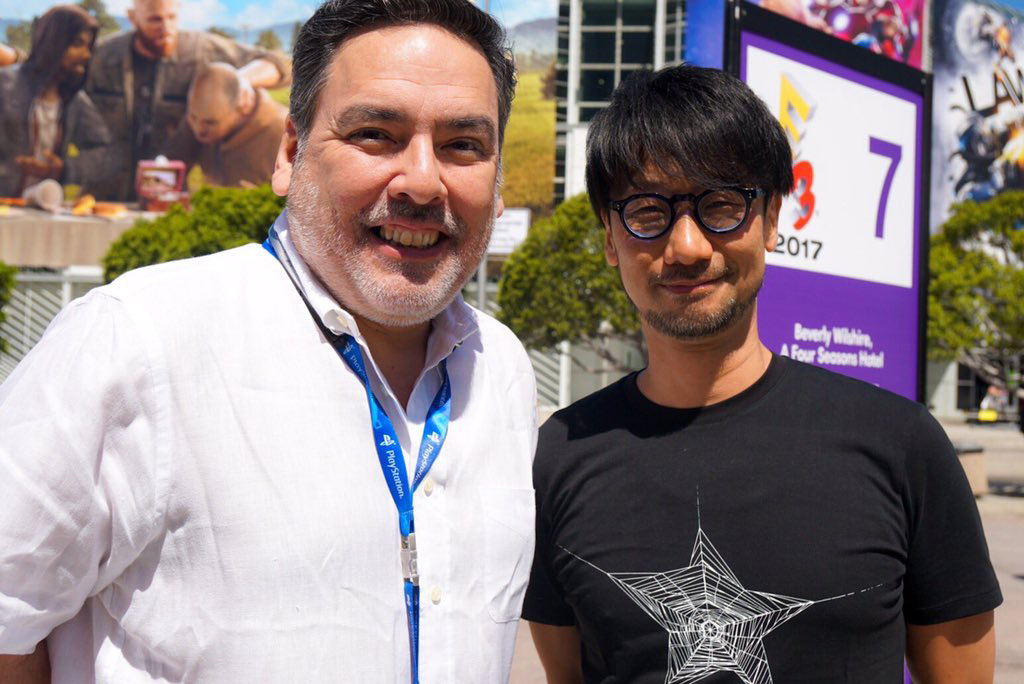 “With Shawn-san. The BRIDGES Tshirt that I’m wearing won’t be available at the store tomorrow, sorry!!”

Always awesome to catch up with Kojima-san. Wouldn't be E3 without him. https://t.co/PmTcfFlvoF