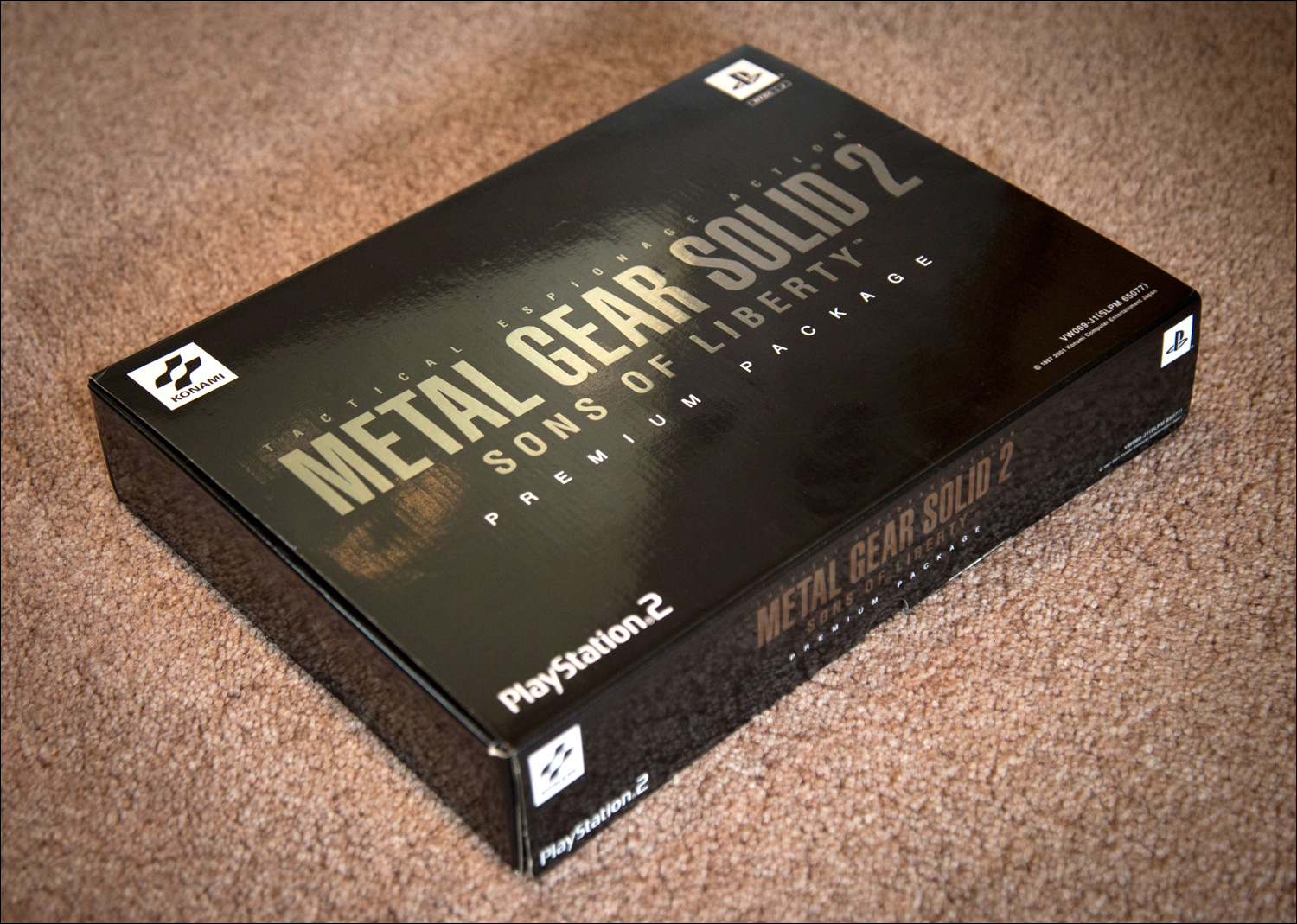 Metal Gear Solid 2: Sons of Liberty was released in Japan on November 29th, 2001. Aside from the regular version, a limited edition Premium Package was made available as well.

It comes in a paper box roughly the size of an A4 sheet, making it slightly smaller than most other Premium Packages. The box itself is black and shiny, with just the game’s logo in silver colored letters and the text ‘Premium Package’ on the front. On the back you can see a list of contents, as well as keywords related to the series and still images from MGS2’s cutscenes.

As is common with these packages, a book is included as well. This one is called Metal Gear Chronicle, and it contains background information, interviews, concept art, storyboards and more. Of course the text is all in Japanese, but fortunately there are also plenty of images to look at, including some lesser known artworks.

The ‘Guest Illustrations’ section shows scenes and characters from the game drawn by different artists, all with their own distinct style that is very different from Shinkawa’s, offering an alternative look at the game.

There’s also a Premium Disc (bonus DVD) with trailers and commercials for MGS1 and MGS2, as well as some behind-the-scenes footage showing early concepts of MGS1’s first trailer from 1996.

Obviously, the game itself is also included. The cover features a Shinkawa artwork of Solid Snake, and there are some slight differences between this one and the regular Japanese game (not as many disclaimers on the box). But the main difference is that this cover is reversible, with on the other side an artwork of Raiden, by Shinkawa as well.

Lastly, a small paper box is included, in black with only the logo printed on. It contains a Solid Snake figurine with a pedestal. Konami released a whole series of similar MGS2 figures a bit later, but this particular (platinum colored) one is exclusive to the Premium Package.

To conclude, Metal Gear Solid 2: Sons of Liberty Premium Package is a nice item for any Metal Gear collector. The contents are all neatly organized inside the box, and the book’s high quality makes it a joy to leaf through even if you can’t read the text. Since it was exclusive to Japan and had a limited run, it’s not all that cheap if you want to buy it now, though it’s far from the priciest Premium Package.