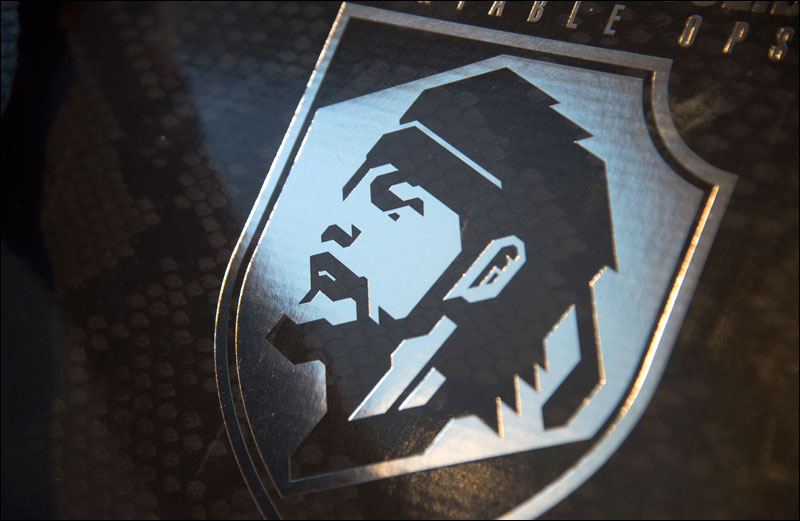 After releasing the spin-off titles Metal Gear Ac!d and Metal Gear Ac!d 2, Kojima Productions brought a more traditional Metal Gear Solid to the PlayStation Portable in 2006: Metal Gear Solid: Portable Ops. Though widely regarded non-cannon now, the game played its part as it was in many ways the precursor of Peace Walker, introducing gameplay elements such as base building and soldier recruiting to the series.

As with previous games in the franchise, an exclusive Premium Pack bundle was available for purchase as well. Or in this case, two Premium Packs.

The one right here is called the KonamiStyle Limited Premium Pack, and this is the more expensive of the two. KonamiStyle is the company’s official outlet. It exists as an online retailer as well as physical stores (though the one in Tokyo Midtown closed its doors at the end of last year).

The KonamiStyle Limited Premium Pack was released in Japan on December 21st of 2006, for a price of 39,690 (around $336 / €290), including taxes. As you might expect, this is a highly limited item. Only 2500 of these exist, and they are all individually numbered. It is hard to find these days and usually commands high prices due to its rarity. Of course, it was never cheap in the first place due to its contents, which we will take a look at now.

But first the box itself, which is surprisingly large compared to other Premium Packs, especially if you remember this bundle is for a portable game. It features a dark, low-key snakeskin print, with on the center a shiny silver emblem with the Portable Ops logo and below it the name of this edition.

When you open the box the first thing you’ll see is the artwork printed on the inside of the lid. It’s an illustration by Noriyoshi Ohrai, who created similar artworks for Metal Gear Solid 2 and Metal Gear Solid 3 (you may remember some of those where featured in the cutscene in Metal Gear Solid 4 when Snake meets Big Mama in the church). It’s quite a large print that covers nearly the entire space.

Now, the goodies. First of all, the bundle comes with an authenticity certificate. It’s a small piece of paper that lists the contents. At the bottom you can see the number that belongs to this specific pack (1672). It’s always nice to know just how many (or how few) copies exist of your collector’s item.

The main reason for it being so expensive is the fact that it includes an exclusive PlayStation Portable (back then the handheld was still quite pricey). This PSP is a special edition version with camouflage print, only available in these two Premium Packs.

Obviously, the game itself is included as well.

You also get a PSP carrying pouch called the ‘Skin of the Warrior’ case. Apparently this is genuine snake skin.

Next up, a wrist-strap to attach to your PSP called the ‘Tail of the Killer’. It’s also adorned with real snakeskin and quite a heavy steel emblem with the game’s logo in it.

Then there are three pins in bronze, silver and golden colors. They depict a Soviet soldier (bronze), a FOX Unit soldier (silver) and Big Boss himself (gold).

To conclude, this is truly an item meant for collectors. It’s pricey and it’s exclusive. This is probably why they made two versions, with the normal Premium Pack being a lot more affordable. It’s pretty funny to think that the craziest bundle Konami ever did for a Metal Gear game is still this one, for a game that’s not even part of the official timeline. It may just be the biggest and most expensive one (going by original prices that is). It’s quite a bit bigger than Rising’s Premium Package, for example.

Aside from its size, it is also a very limited item. So this is really something you should only look into if you’re serious about your Metal Gear collection, and if you have some money to spare.