First unveiled during last year’s Comic Con, the shirtless Venom Snake statue by Gecco Corp has just been given a release date. Limited to 800 pieces, the statue will be released in February of 2019, for a price of $299.99. Gecco has also provided a batch of official photos and details on the items specifications. 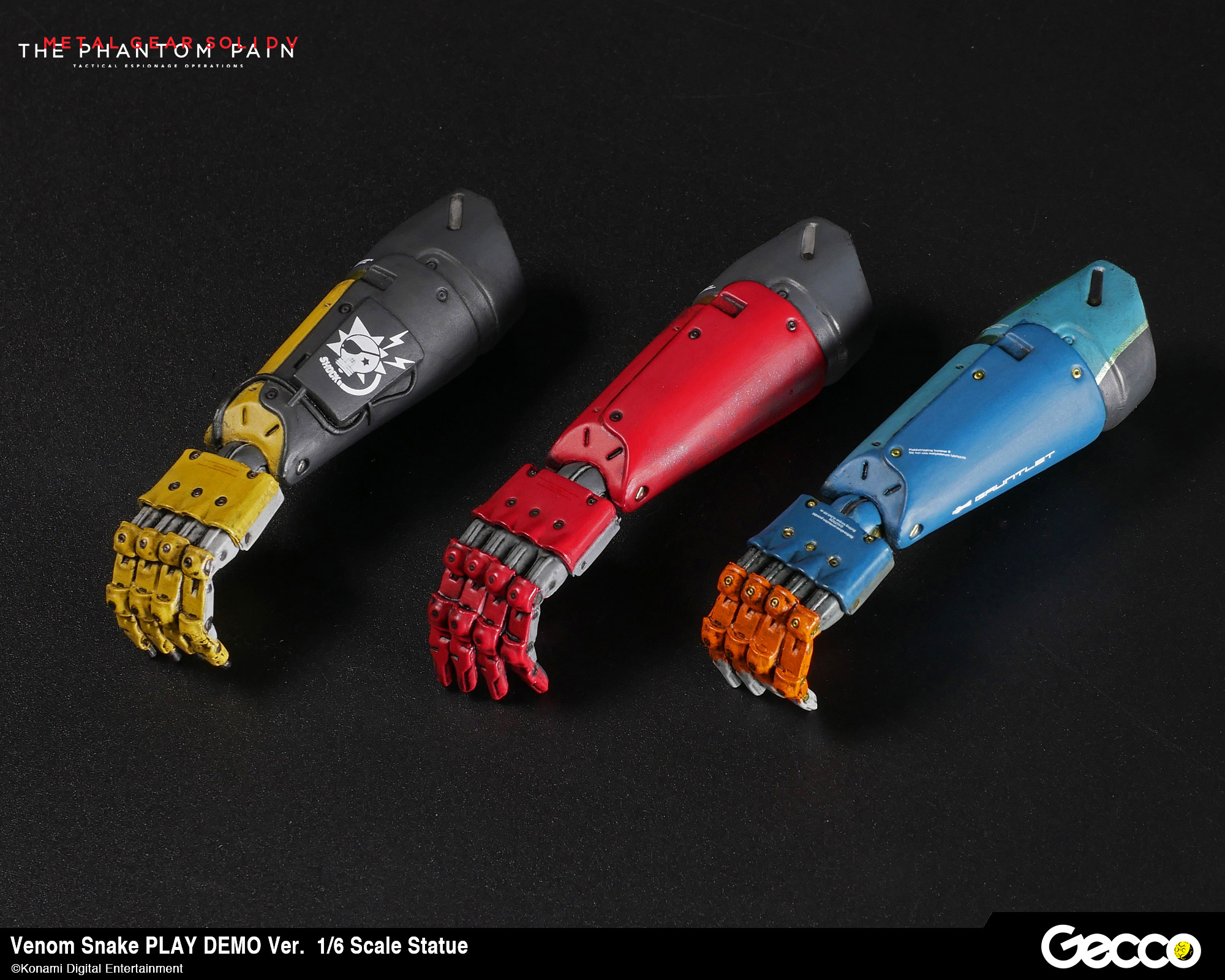 Figure features
Venom Snake appeared shirtless in the play demo version at the Tokyo Game Show 2014 is now lined up as limited model in 800 pieces. The upper body captures the anatomy of an experienced aging soldier, his torso thinly covered with fat and countless scars piled up from tough missions and war. The left bionic arm is equipped with a Stun Arm, which can knock enemies unconscious with electric shock, and is interchangeable with the Hand of Jehuty or the red default one. In the game, the length of the horn on the head changes according to the situation, for this statue it is grown. This statue highlights both his relaxed posture with Phantom Cigar in one hand and a super tense atmosphere with his sharp eye always watching out for enemies.