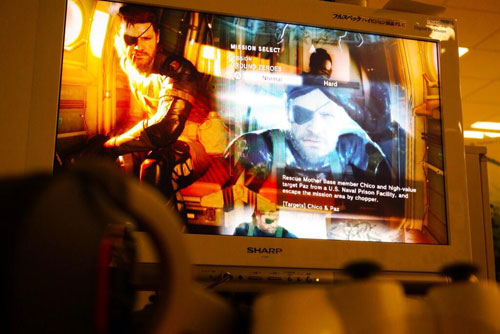 It looks like the Japanese version of Metal Gear Solid V: Ground Zeroes will include English subtitles. Today, Kojima has been doing tests with this option. As you can see, the entire menu is actually in English. What this means the Japanese version will also include an English language option is unclear, but it does seem they’re keeping English speaking players in mind for this version.