Metal Gear Solid’ 3 story reaches a climax when Snake is forced to face his former mentor in battle at the end of the game. He has no choice but to fight and kill her. After defeating The Boss, Snake approaches her. She hands him her weapon, The Patriot. ‘Kill me now.’ The Boss requests. Snake slowly rises to his feet. He points the weapon at his former mentor. The screen transitions from a cutscene to gameplay. Now, there’s one last thing the player has to do. One last action. Pull the trigger. The entire game, everything that’s been happening, culminates into this one gunshot.

The music has faded away, and all we hear are some background noises: the soft blowing of the wind, the rustling of the plants. Up until Snake fires his gun, and a loud bang shatters the silence, its echo slowly dissipating. A lot of games present the player with choices. In this case, it’s the absence of choice that makes it so memorable. You can delay your final shot, but you can’t avoid it. Snake cannot choose to walk away from this, no matter what, he has to fire. It has to be done.

But this shot, this minuscule movement of the finger that is required to pull the trigger, translated into the small movement of the player of pushing the button, will come to define the rest of Big Boss’s life, and the rest of the saga’s storyline. 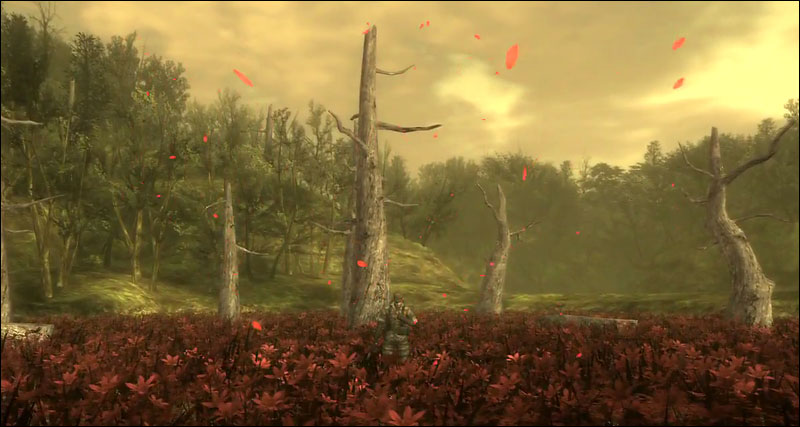